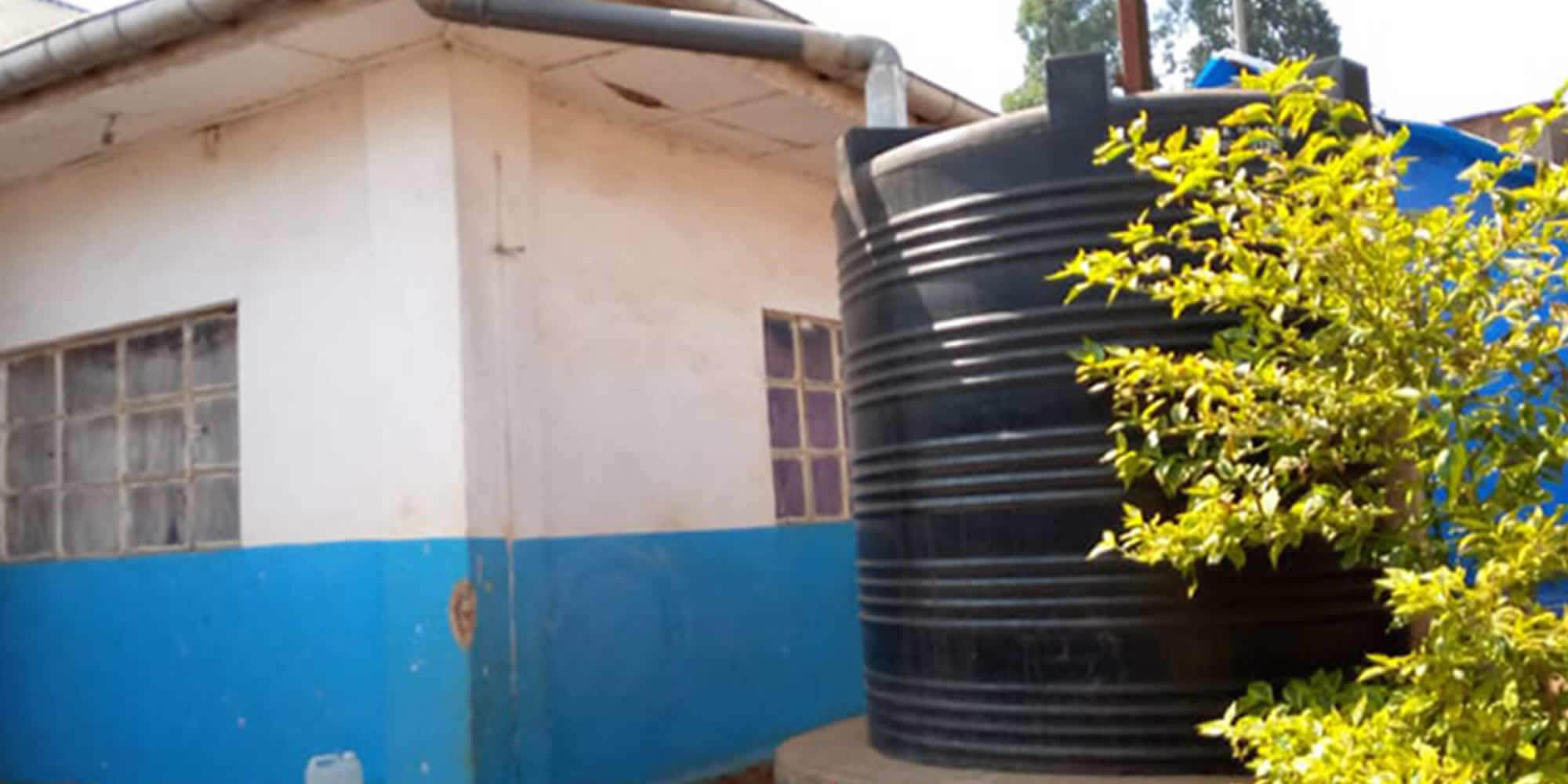 The United Methodist Church has installed rainwater-collection systems at three of its health facilities in the East Congo Episcopal Area, a move that is being hailed by pregnant women and new mothers who often had to walk miles to fetch water after giving birth.

The project, which benefits hospitals in Bukavu, Goma and Osio village, was funded by a $7,800 grant from the United Methodist Committee on Relief.

The rainwater systems were installed in June.

“The goal is to fight infectious diseases in hospitals,” she said, adding that a lack of water complicates efforts. The new systems will save lives every day in East Congo, she said.

According to the Congolese Ministry in charge of sustainable development, only 38% of the population has access to clean drinking water in urban areas, and that number falls to 17% in rural areas.

The shortage affects United Methodist facilities and is especially difficult on maternity patients.

“(Some United Methodist clinics) are in places where water is scarce,” said Dr. Damas Lushima, general coordinator of health for the episcopal area. “The woman who has just given birth is called upon to travel miles to fetch water while she is still in the maternity hospital.

“The installation of rainwater-collection systems alleviates the difficulty of water in our health structures.”

The UMCOR grant provided tanks and tools to gather rainwater at the three health centers during the rainy season. Kits were installed on the roof of each hospital to collect the water and channel it to the new reservoir tanks.

Manafundo, the wife of East Congo Bishop Gabriel Yemba Unda, said the impact of the project is far-reaching.

“Without water, it is difficult to minimize the risk of contamination from various diseases in our hospitals. There are diarrheal diseases, cholera, Ebola, which recurs from time to time. Now, we are fighting COVID-19. We need to have water to wash our hands for good use in our health facilities,” Manafundo said.

Despite the advantages of the system, its success relies on the rainy season, she said.

Dr. Chilove Okenge, who works for the new United Methodist Medical Center in Osio, a rural village about 15 miles from Kisangani, said the hospital is in an area that is not served by Regideso, the Congolese government’s water-supply system.

“The permanence of water in the hospital depends on the rainy season. During the dry season, with the absence of rains, it is difficult for the reservoirs to be supplied with water, which puts us in a difficult situation,” he said.

Before the rainwater-collection system was installed at the facility, patients often had to fetch their own water.

“After childbirth, we do not have enough energy or strength to perform certain tasks such as (fetching our) water supply,” Safi Pauni said. “I am happy that those in charge of this structure have listened to our cries because during the prenatal consultations, all the women were shouting about the water difficulty here in Osio.

“We say thank you to The United Methodist Church for bringing us this center, and today we have water on site, while those who had given birth before us were forced to walk for miles to the river to stock up on water,” she said.

Manafundo said that while the rainwater project is a good starting point, the ideal situation would be to install water wells at all United Methodist health structures.

“For lack of sufficient resources, we preferred to start with the rainwater-supply system. But with the borehole, which does not depend on rain, we will have water all the time, and even members of the local community can use it,” she said.

“The lack of water in this hospital led us each time to buy water elsewhere. We have Regideso water facilities in our health center, but we lacked water due to the low pressure,” he said.

Now, he said, Irambo has a new, larger water tank and the rainwater-collection system.

“(The tanks) sometimes allow us to conserve water, especially during this dry season when water has become a scarce commodity in the city of Bukavu,” Kasongo said.

Pacifique Kababili, attending nurse at Irambo, thanked UMCOR for the implementation of the project, especially during the COVID-19 pandemic, as the nursing staff and patients must wash hands frequently to stop the spread of the virus.

“It was sometimes difficult for us to wash our hands every time, but now we have water reserves that will allow us to observe the rules of hygiene,” she said.

Anny Karine, who gave birth July 8 at the hospital, said she was pleased to benefit from the new water project.

“This has just given a new image (to the hospital’s maternity ward) and allows pregnant women to have water for the cleanliness of their children and also for motherhood in general,” she said.“I (first) gave birth in 2017 in this hospital, when there was a lack of water, but today we have water all the time.”

Osongo Yanga is the director of communications for the East Congo Episcopal Area of The United Methodist Church.

Yvonne Njoroge 0
An overview of the major decisions on funding and new directions in mission programming from Global Ministries’ ...

Water and sanitation for all

Called for mission service in the United States