A creative response to grief

Not literally. Not physically. But I’m there in my mind. In my spirit.

I walk the streets in my memory. Out my front door and down 5th Avenue toward Lake Street. Then back up Chicago Avenue to Cup Foods, now transformed into a shrine with flowers and signs sending George Floyd into another world, a better world, a world he shouldn’t have known yet. While I walk my imagined pilgrimage, I read the spray-painted messages all around: “Black lives matter,” “Kids live here,” “I can’t breathe.”

In videos, I watch smoke billowing above the city skyline, and I can almost smell the charred remains of vehicles and businesses. I try to envision how the post office, Wells Fargo and the gas station look with broken windows and blackened bricks. My brain plays an endless loop of the images I see in the news or that are sent to me from friends and family. I can’t get these images out of my mind, yet I struggle to comprehend them.

But that’s also the powerful thing about this situation: it’s not restricted to Minneapolis. The pain, the outrage, the fear, the questions, the solidarity—they spread throughout every part of our society. And they reach all the way to Tampa, Florida.

Reaching all the way to this place where I had a big, slightly crazy idea.

So I invented a design, took a risk and sent it to my director. And she told me that she likes big, slightly crazy ideas.

So jittery with excitement and feeling the pressure of many high hopes for the mural, I washed the wall and began to draw.

One of my biggest goals for the project was for the kids to have a positive experience of creating community art. I didn’t want them to feel stressed or frustrated (I reserved those emotions for myself), so I told them to do their best and not worry about any mistakes they made. I also approached the project knowing that it wouldn’t be perfect—and I was fine with that. The project was painted by people, by children, and while I wanted it to look amazing, I also wanted it to reflect those who brought it to life.

For all my lofty hopes, I was still surprised as we began painting. The kids did their best—their very best. Their work wasn’t always smooth; they didn’t always stay in the lines. But they were more attentive and serious about the project than I had ever seen them before. And my coworkers enthusiastically joined the process, too. The positivity, energy and teamwork felt good, so good.

During the first few days of painting, I set the expectation that all the kids would participate in the project. And they were willing and generally eager to help, although some were hesitant, telling me they didn’t know how to paint. But they each tried it, and we all were encouraged by how much they improved in their painting skills.

During the second week of the project, I noticed that some of the kids, especially the kindergarteners, had lost their vigor. They were perfectly satisfied to watch me paint and to tell me how pretty it looked while they built with Legos or colored their own pictures. So at this point, I made painting an optional activity for the kids.

And this encouraged me even more.

Some kids, especially the fourth and fifth grade girls, would run up to me throughout the day, asking when they could paint. During free play time when they could play Barbies or Wii, they instead chose to settle in front of the wall and paint—sometimes chatting with their peers, sometimes working in surprising calm and silence.

They didn’t give up until the wall was completed. And I’m so proud of them.

I finished the wall at 10:00 p. m. on Friday, May 22—a week and many long hours later than I had originally anticipated. But it was so worth the effort and the stress and the late nights painting.

It was my first collaborative community art project, and I enjoyed watching everyone work on it and transform the wall together. It was both strange and incredible to watch my sketched design come to life through the brushstrokes of so many different hands. What a privilege to have that opportunity to create a mural with this community of kids and coworkers!

Abigail Reeth is a Global Mission Fellow with Global Ministries, commissioned on Aug. 23, 2019 to serve at Metropolitan Ministries in Tampa, Florida. The Global Mission Fellows program takes young adults ages 20-30 out of their home environments and places them in new contexts for mission experience and service. Born in St. Paul, Minnesota, Abigail is a lifelong member of Park Avenue United Methodist Church, Minneapolis, Minnesota Annual Conference. 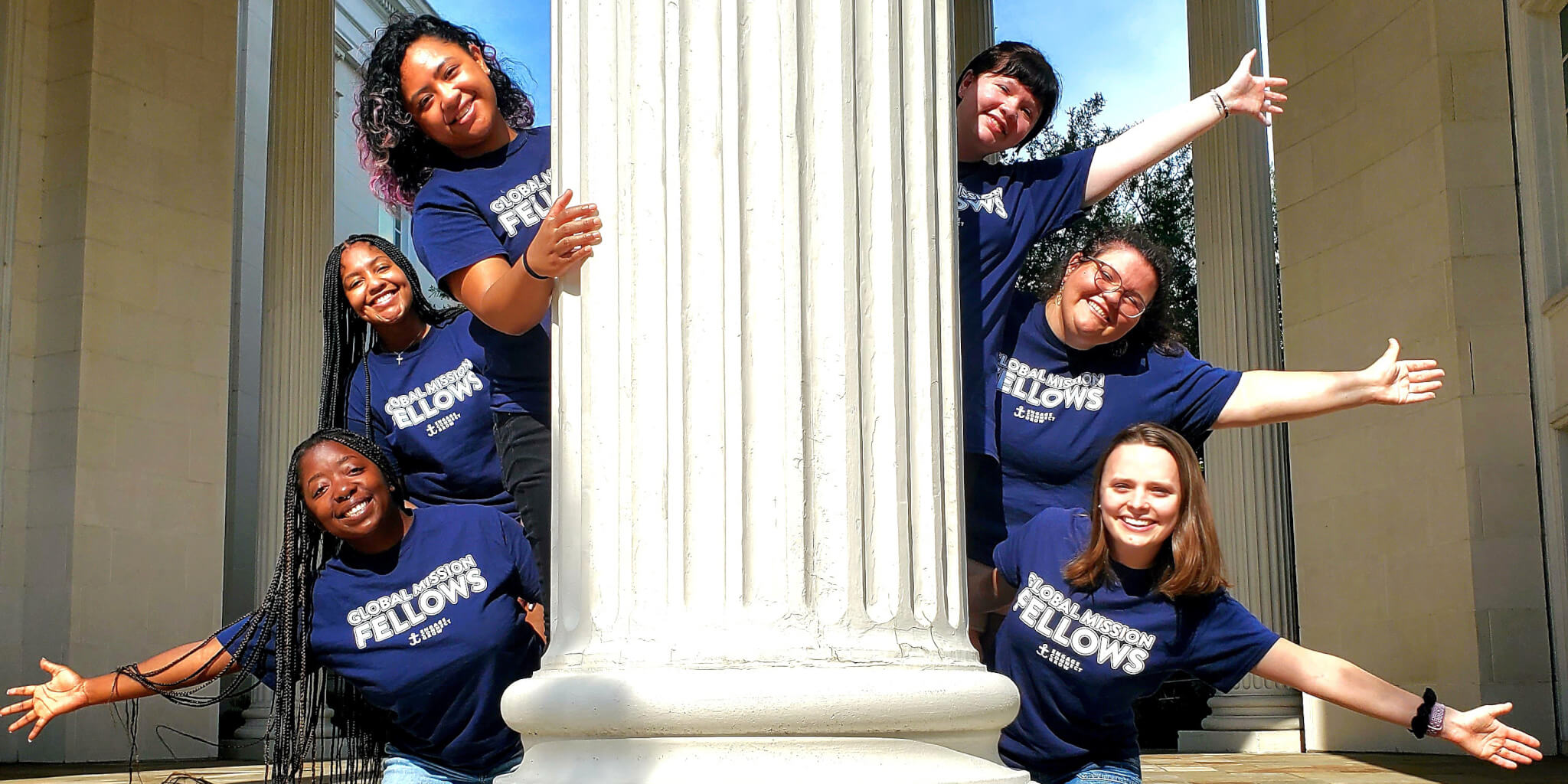 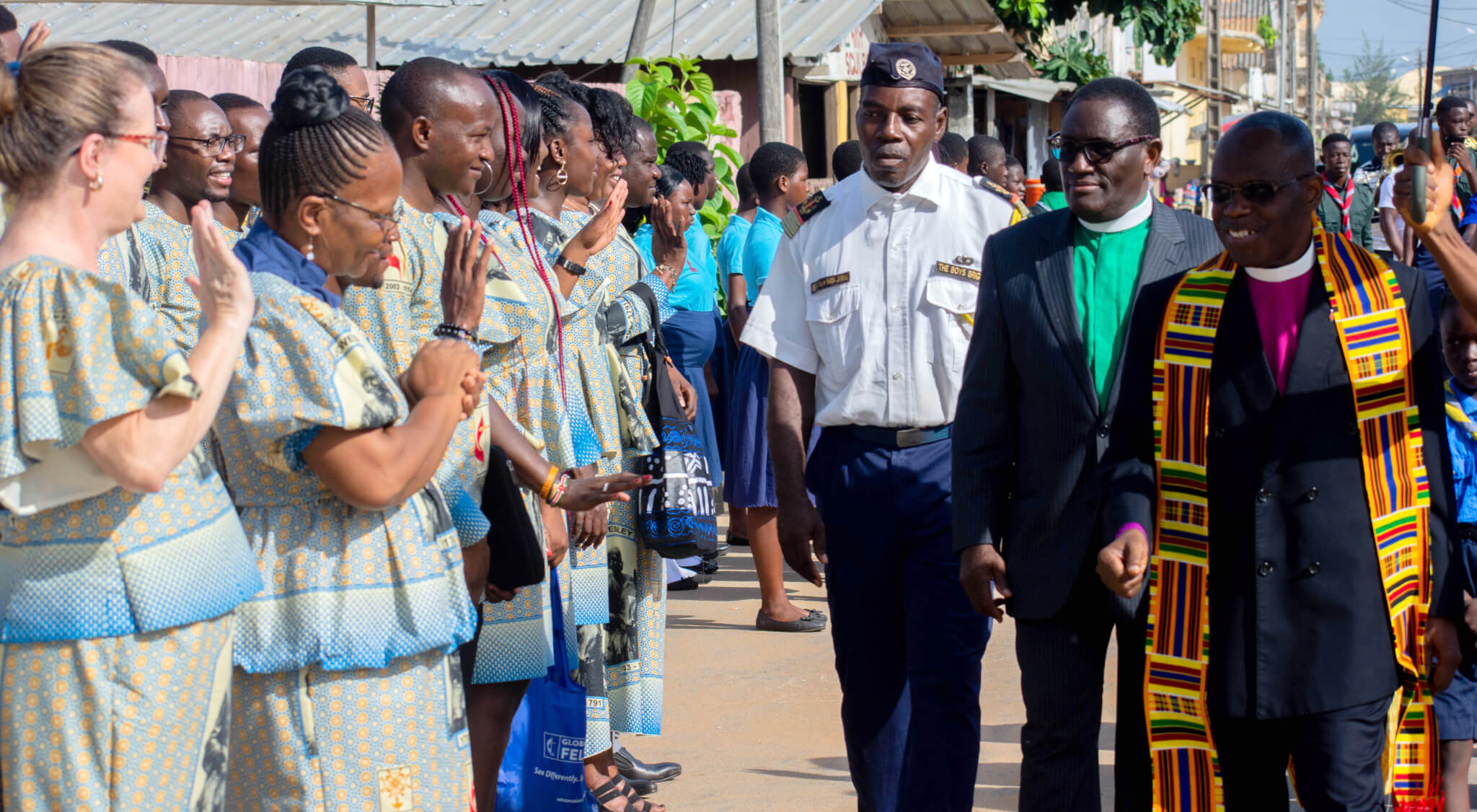 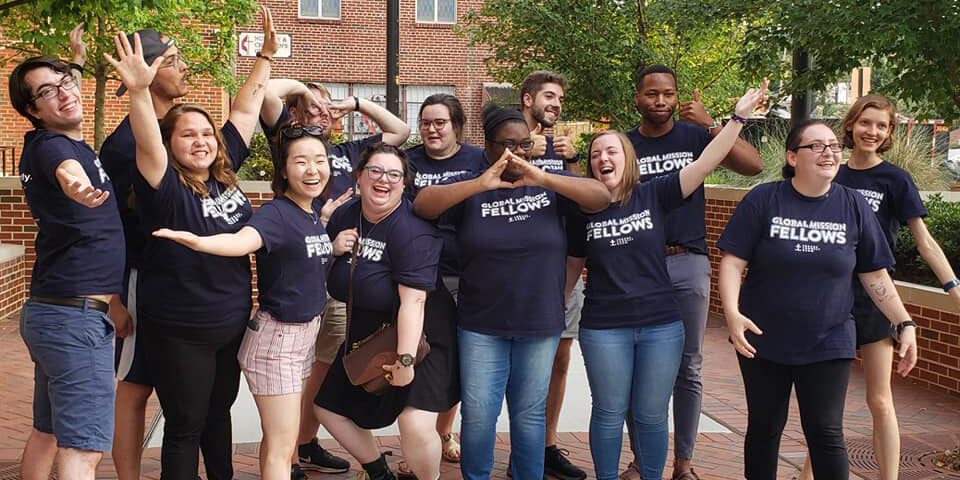