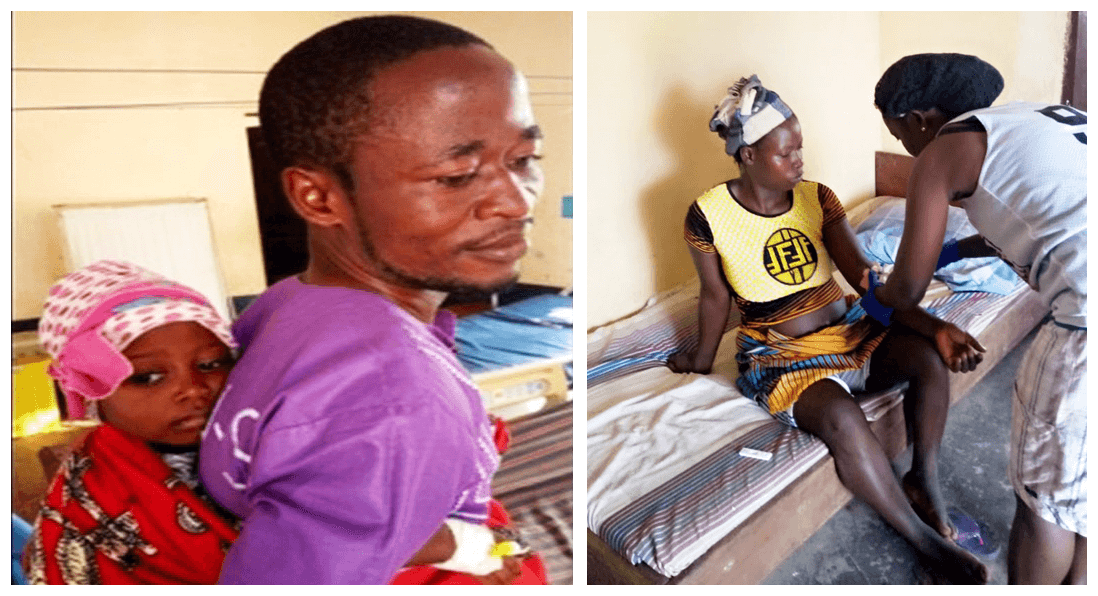 Two-year-old Aminata and her father arrived at the Hatfield Archer Memorial Methodist Hospital in Rotofunk, Sierra Leone, at midnight. Her breathing was shallow and rapid, and she was feverish, weak and pale.

“I was surprised to see a father playing a mother’s role,” noted the community health officer, Mohsen M. Lumeh, since most children arrive with their mothers. Testing and lab work revealed the baby had a complicated case of malaria and a secondary diagnosis of severe anemia. Lumeh ordered a blood transfusion, placed Aminata on oxygen and started her on antimalarial drugs immediately.

In just a week, Aminata fully recovered. At check-out, her father asked for the bill, but the cashier replied, “the bill has been settled by Imagine No Malaria.” The father left the hospital in amazement with a broad smile. Often, people wait too long to seek medical help because they fear receiving medical bills they can’t pay.

Scenes like this in Sierra Leone are repeated across Africa every day at United Methodist hospitals and clinics. Though malaria, a parasite carried from one person to the next by mosquitos, can be deadly if left untreated, it can be killed with proper treatment. Preventive measures go a long way in protecting communities from constant exposure.

World Malaria Day, April 25, celebrates the successes in the fight against malaria and urges countries, leaders and communities to do more to reach a malaria-free world.

Today, more than 400,000 people die from malaria each year; the majority are African children under five years of age. In fact, 90% of malaria cases occur in Sub-Saharan Africa, where The United Methodist Church has concentrated its Imagine No Malaria program.

Working toward no malaria since 2008

Imagine No Malaria, set in motion by the 2008 General Conference as a partnership between United Methodist Communications and the United Methodist Committee on Relief, is funded by donations from United Methodists of all ages and affiliations. The United Methodist Church was the first faith-based partner of The Global Fund to Fight AIDS, Tuberculosis and Malaria, the largest international public-/private-funding source for health programs. INM programming is currently coordinated through Global Ministries’ Global Health unit, which focuses on strengthening facilities and assisting the UMC health boards. Comprehensive malaria programs include raising awareness about malaria, training health workers, providing supplies (including nets, medication, and test kits) and working to upgrade medical facilities.

Global Health integrates the work of INM with its Mother, Newborn and Child Health program to reach vulnerable children and their mothers, even before the children are born, when mothers come for prenatal visits. The two programs work with Global Health’s third emphasis, Health System Strengthening, to fill in gaps experienced by health facilities, such as older buildings, clean water access and sanitation.

United Methodist Health Boards in ten episcopal areas – Burundi, East Angola, Liberia, Nigeria, Sierra Leone, Zimbabwe, and the four areas of the Democratic Republic of the Congo (East Congo, Central Congo, South Congo and North Katanga) – each have an INM coordinator and work with Global Health to design programs relevant to their contexts.

Roland Fernandes, the general secretary for Global Ministries and UMCOR, has followed the transition and development of United Methodist health facilities during his years with the agency: “We’ve partnered with annual conferences in Africa to strengthen their health boards for more than a decade in order to enable their work through health care facilities and hospitals to treat and prevent malaria and meet other health needs. We are grateful to the health boards and the conferences they represent for their dedicated work to maintain and improve health services for everyone.

Just as Aminata in Sierra Leone survived because her father got her to the hospital in time, Amelia Toe, five months pregnant, received the medication she needed at John Dean Town Clinic in Liberia. Her path to the clinic was paved by her daughter, who attended the UMC school in John Dean Town, where the UM health board supported regular health education and malaria prevention sessions provided by the clinic. When her daughter (also named Amelia) visited home on the weekend, she found her mother gravely ill and in danger of losing her baby.

Though Toe had visited the nearest clinic, she received a prescription for medication she could not afford. Her daughter convinced her to make the trip to John Dean Town Clinic, where she knew her mother would receive help and medication whether or not she could pay. The four-hour trip was made in a hammock, but after a week at the clinic, Amelia Toe recovered. “I thank God for the doctor woman who went to the school to teach our children about malaria and all the sickness,” she said.

Health workers at Quessua Hospital in East Angola have increased awareness of malaria prevention measures by visiting communities. Patient intake is rising, more people are using nets and deaths from malaria have decreased.

In Central Congo last year, the INM office extended its educational program to work with 20 traditional healers to identify signs of malaria and refer cases to health facilities. “To date, statistics from United Methodist health facilities confirm that more than 286 patients have been referred by traditional healers to our care establishments,” noted Dr. Samy Longanga, Central Congo’s INM coordinator.

One of those traditional healers, Catherine Tshabilonda, said: “I now understand that the majority of children who died under traditional treatment had a serious malaria problem. I continue to be a traditional healer in my neighborhood, but if I receive patients with fever, headache or other signs of malaria, I now advise them to go to the Nganza UMC Health Center where I took my grandson for malaria treatment.”

Delivery of medicines, nets and other supplies to United Methodist facilities is a vital part of INM, which takes complicated logistical coordination, particularly during rainy seasons when roads are often impassable. Unfortunately, that is also when mosquitos breed.

The North Katanga area has tackled this problem by hiring massive trucks with huge tires. This gets the supplies to the major facilities and pick-up points. However, the rest of the journey to the rural clinics must be completed by motorcycles.

Somehow, the deliveries are made. Lorraine Charinda, an agriculturist missionary in North Katanga, thanks God every day for this work. She says in the three years she has served with Kamisamba Farm, she’s had malaria more times than she can count. “This

is the worst place for insects. Malaria cases are very high, and people cannot afford the medicine, which Imagine No Malaria supplies for free. Without Imagine No Malaria, there would be many dead here. So, I really appreciate that work.”

One way of commemorating World Malaria Day is to make a gift to Global Health to continue the life-saving legacy of Imagine No Malaria. 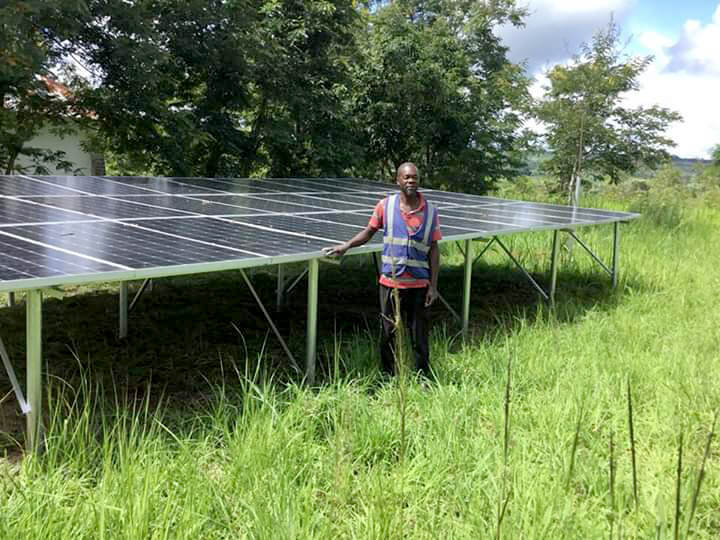 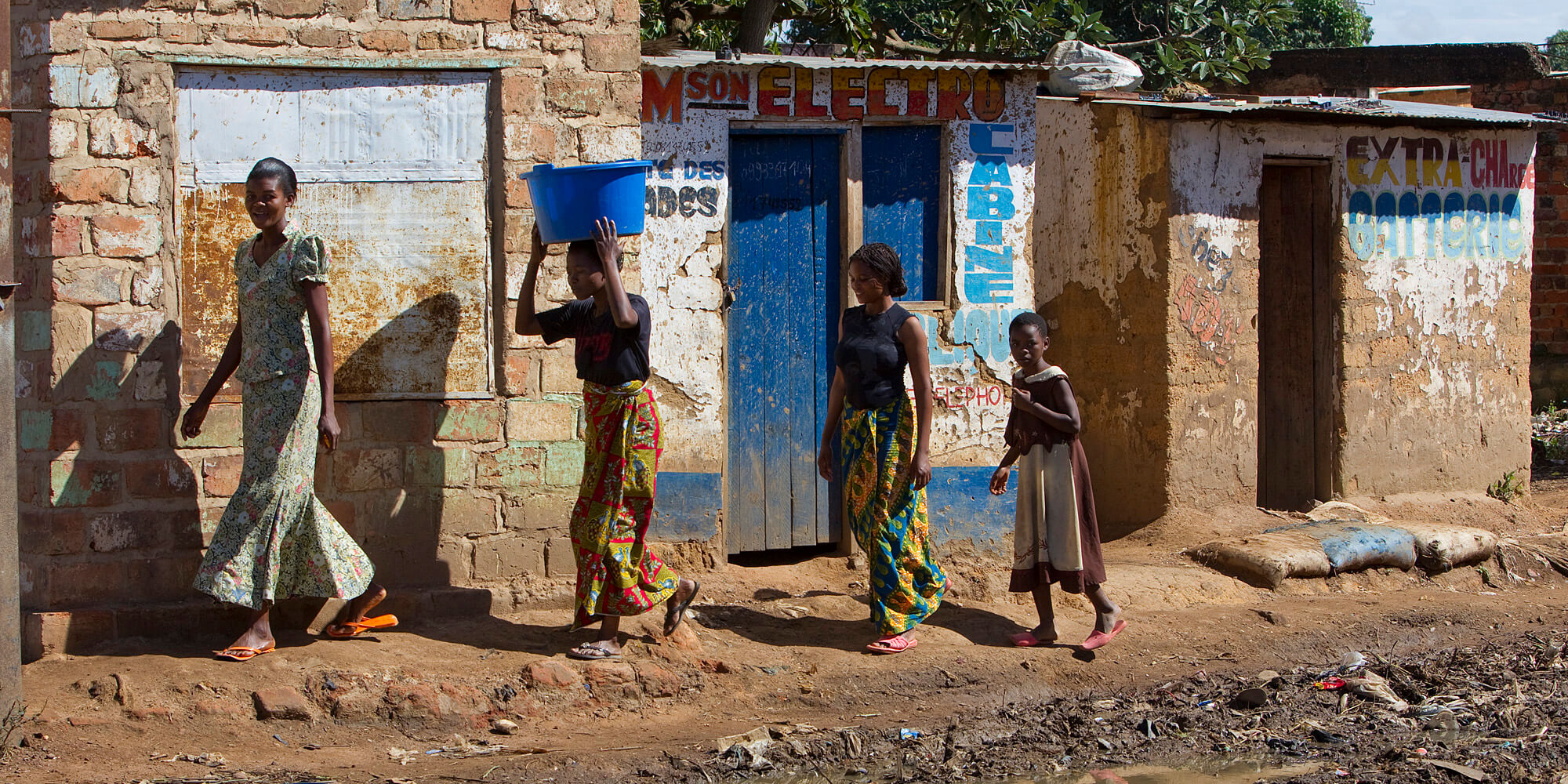 Yvonne Njoroge 0
In DRC and beyond, United Methodists seek solutions on multiple fronts to decrease the transmission and grip ... 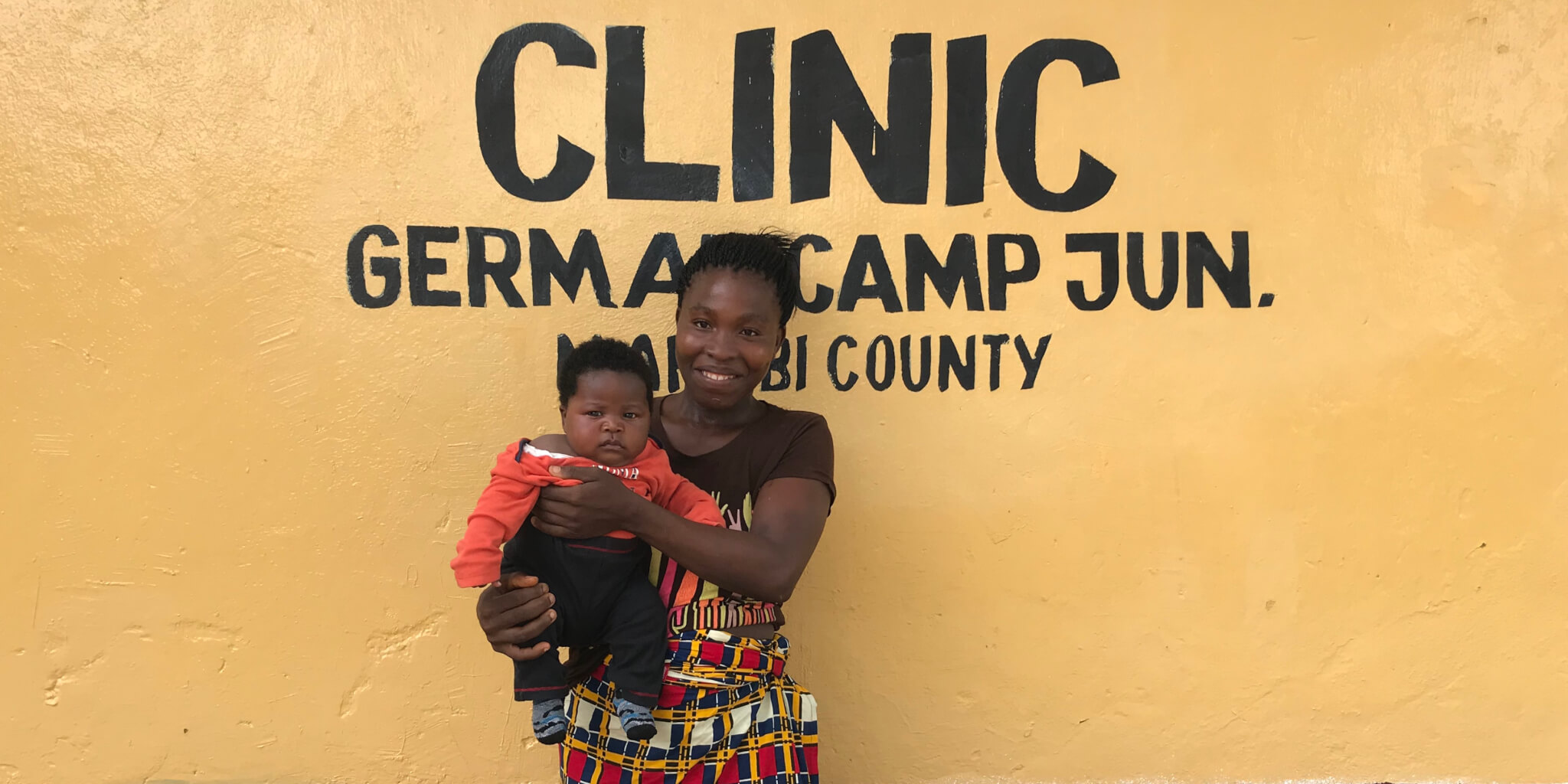