Creation care gets traction as priority

Learn more and apply today for the next Earthkeepers training!

Armed with information from a school report by her daughter, Elan Brown addressed the Florida Annual Conference in June in Lakeland, Florida.

“Our earth was founded upon the seas and waters and we have been commanded to care for it,” Brown said. “Let our churches adopt creation care practices that minimize the use of single-use plastics, plastic straws, plastic bags and polystyrene foam for all events, fellowship gatherings and classes in order to reduce our harm against God’s creation.”

Brown, a member of Cornerstone United Methodist Church in Naples, Florida, wrote the resolution in a four-day rush to make the filing deadline.

“Thank God my daughter had done a research paper on it,” she said. “It’s a wonderful blessing that we are able to do a model for other conferences.”

The resolution passed in a landslide, garnering 82% of the vote. Though there is no penalty for ignoring it, United Methodist environmentalists in Florida report that the idea is taking hold, and a round of regional meetings is planned this winter to promote the resolution.

“I think that we are in a moment of collective denial about the impact of climate change and environmental degradation,” said the Rev. Jenny Phillips, creation care program manager for the United Methodist Committee on Relief.

“Particularly because my work is situated within UMCOR, it’s very clear that extreme weather events are happening more frequently and with greater intensity than ever before and that the ministries of our church are bearing the brunt. They are the frontlines of suffering and the frontlines of recovery.”

Efforts to address climate change are being made across the denomination. Church and Society, United Methodist Women, Wespath, Higher Education and Ministry and Discipleship Ministries are among the United Methodist entities doing significant work on the issue, Phillips said. UMCOR also has solar power initiatives outside the U.S. that are making progress.

“It really permeates throughout the ministry of the church,” she said.

A growing amount of grassroots climate change work is being done by graduates of Global Ministries EarthKeepers training. There are about 157 EarthKeepers at work, and training sessions for more are set for Sept. 26-29 in Austin, Texas, and Oct. 24-27 in Chicago.

“The first (EarthKeepers) training happened in 2016,” Phillips said. “The idea was to really help people put their environmental passion into action — to make that connection between the great problems of the world and what they can do about it in their local communities.”

Brown is a graduate of the EarthKeepers program, as is the Rev. Deidra Wright, who has founded and operates a community garden at Columbia Drive United Methodist Church in Decatur, Georgia. She also oversees small gardens at several local schools.

Church gardens attract people who are resistant to regular church, she said.

“They get community,” Wright said. “And I think secretly, that’s what everybody’s searching for … there’s something about nature and caring and food that brings people closer together. I think that’s important.”

The garden provides food to a community that lacks nutritional options, and working the land is healing for the land and the people doing the work, she explained. And the closer food is grown to its ultimate consumer, the less fossil fuel is required to transport it.

“It’s just good to know where your food is coming from,” Wright said. “We’re just trying to get everybody on the page for healthy living … and get out of this slump of bad health that we’re in as African Americans in under-resourced communities.”

Mary Beth Downey’s environmental statement also evolved out of EarthKeepers training. A member of Mountain View United Methodist Church in Boulder, Colorado, she has organized a monthly bell ringing designed to protest harm to the environment and promote reforms.

A retired school psychologist, committed member of United Methodist Women and longtime activist, Downey was one of 284 people arrested in 1979, at age 21, at the Rocky Flats Nuclear Weapons Plant near Denver for attempting to blockade railroad tracks leading to the site.

Downey’s current protest started small with just her ringing a cowbell at the state capitol in Colorado on Dec. 11, 2018.

Today, about 25 people gather at First United Methodist Church of Boulder at 11 a.m. on the 11th day of each month for a responsive bell ringing to bring attention to environmental issues. Gongs, drums and other instruments also are used.

“We have flyers that we pass out about what you can do this month,” she said. The Boulder Shambhala (Buddhist) Center across the street from the downtown church participates, as do people of other faith communities including Jews, Unitarians, Presbyterians and Episcopalians.

“We’re not telling people what to do,” Downey said. “We’re saying wake up and do something.”

Leigh Williams, a member of First United Methodist Church Cary in North Carolina, started a silverware lending library as her EarthKeepers project. She is working to expand to include reusable cups to replace products like the ubiquitous red Solo cup, which few municipalities recycle.

“I actually got a grant from Wake County (North Carolina) Solid Waste,” Williams said. “It’s a solid waste landfill diversion grant to buy more used silverware. I get some containers and tablecloths and we now have composting through an industrial composting company. They allow us to buy some buckets and then we lend them out and people fill them with compostable food or items … and it gets picked up.”

The church can lend out up to 125 spoons, forks and knives at a time. Borrowers do not need to leave a deposit, and are encouraged to return the silverware dirty so they can be washed in a sterilizing dishwasher at the church.

More efforts along these lines by United Methodists are necessary, Phillips said.

“We don’t know the impact our actions will have in the larger picture of addressing the environmental crisis,” she said. “But scientists are giving us a clear picture of what will happen if we do nothing.

“I pray that the actions of Global Ministries EarthKeepers and United Methodist creation care advocates throughout the church will ultimately contribute to the full healing of God’s creation.” 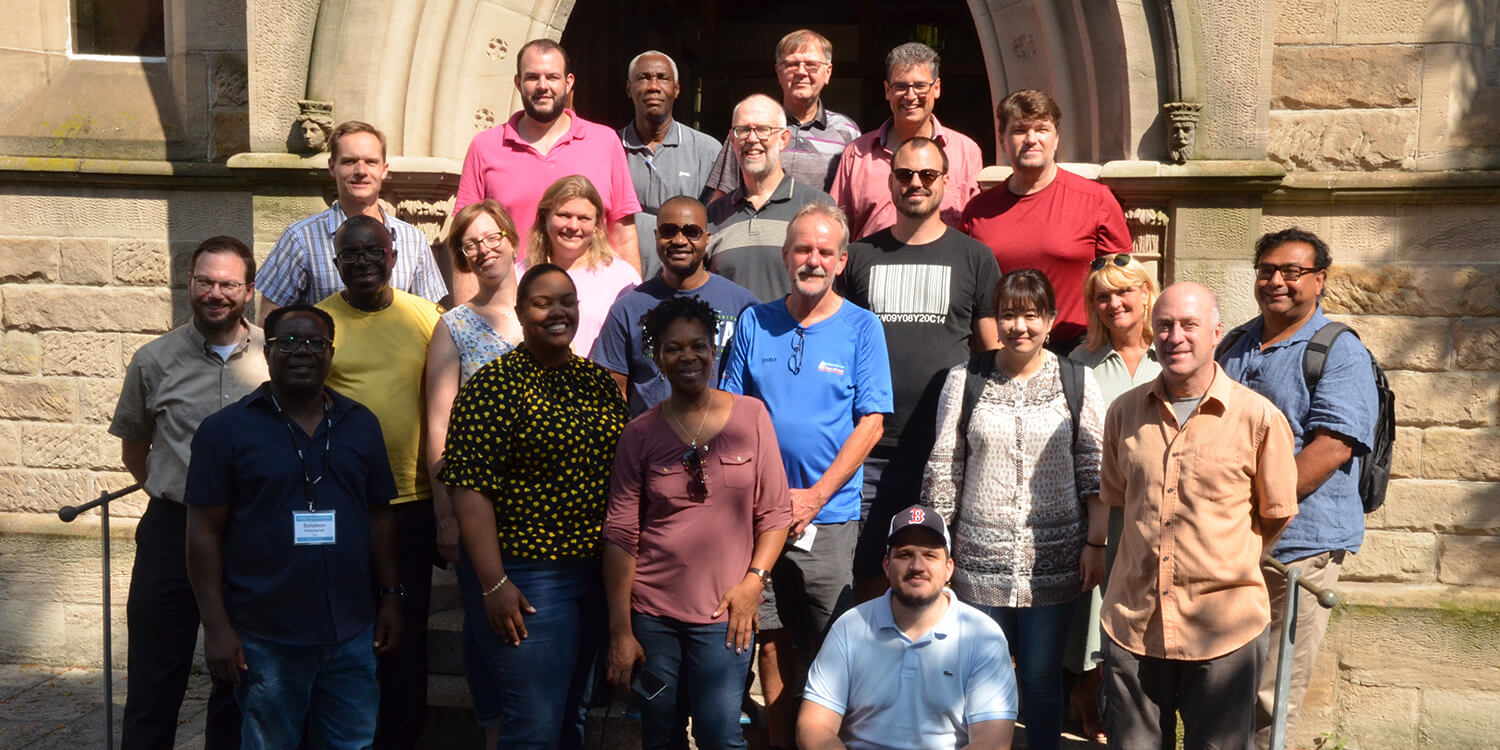 From integration to transformation: multicultural ministry in the midst of migration 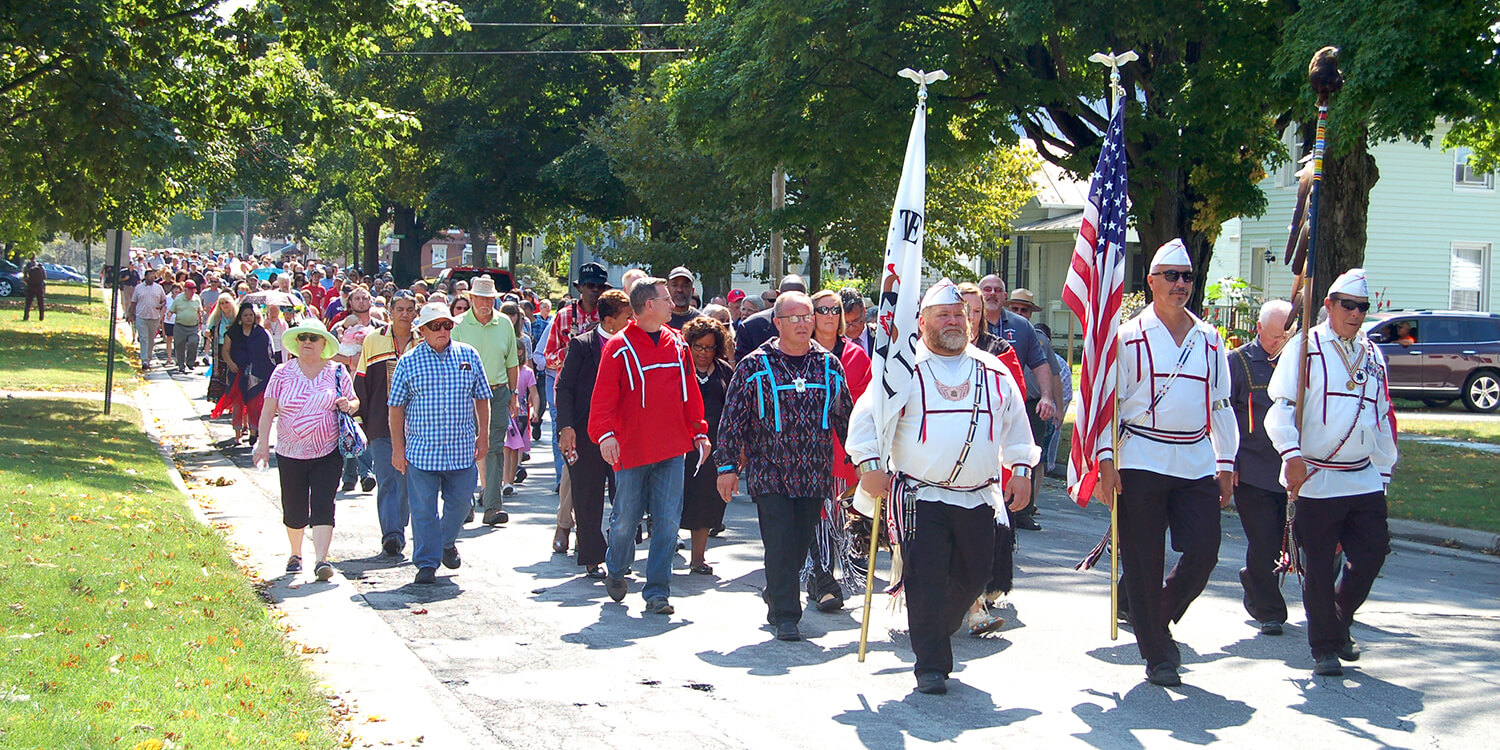 United Methodists return lands in Ohio to the Wyandotte people, held in trust for 176 years 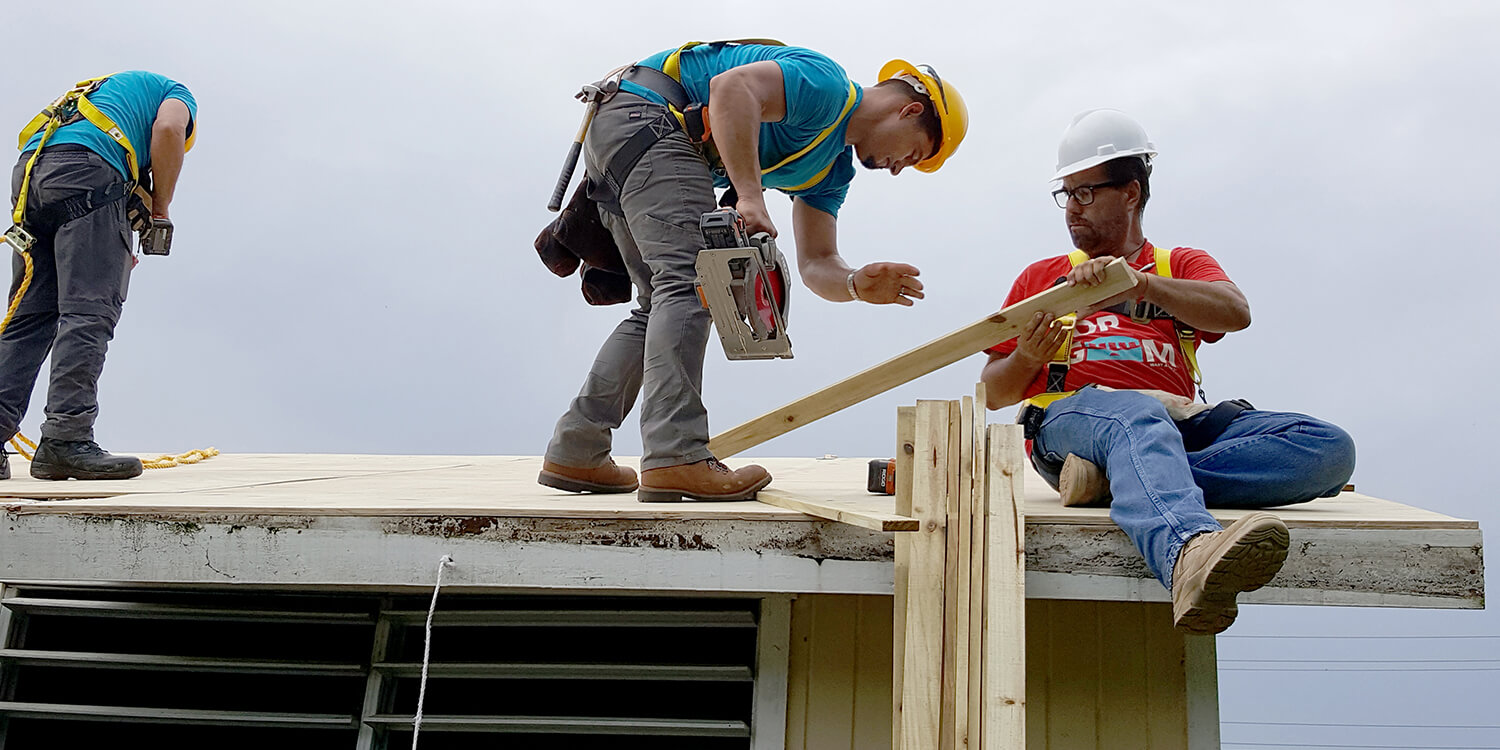