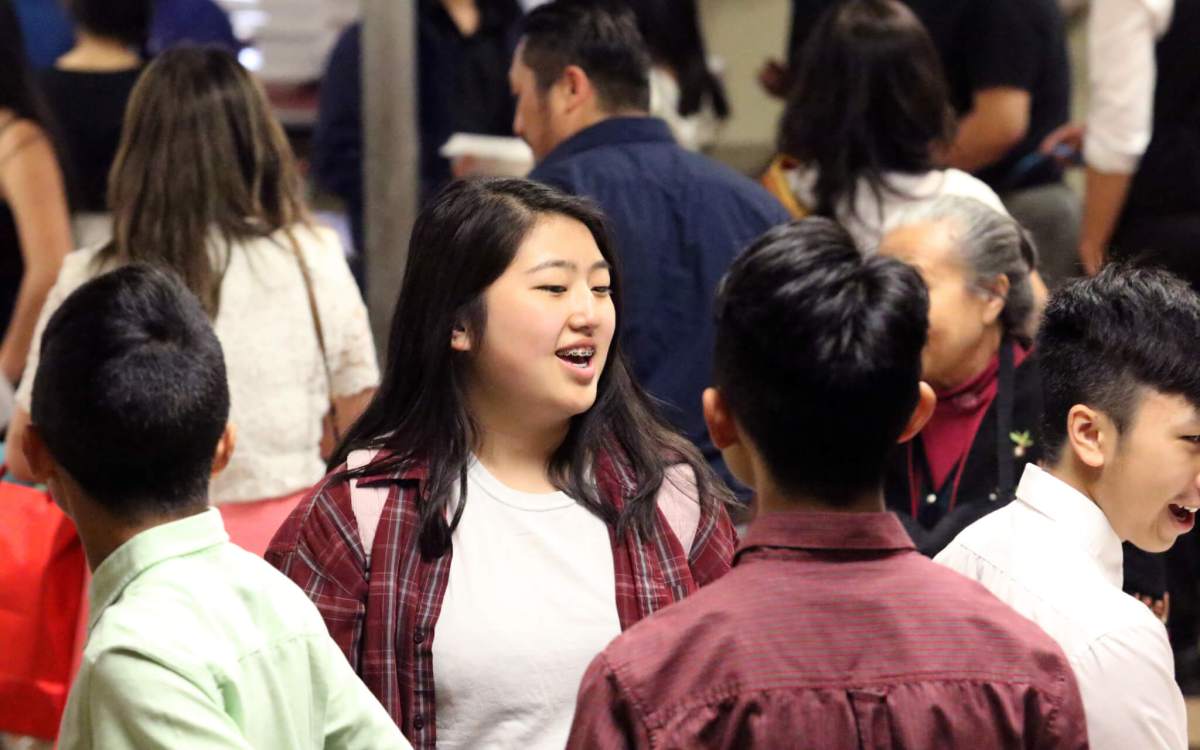 In recognition and celebration of the increasing diversity of the United States, Global Ministries administers four of The United Methodist Church’s six ethnic/language ministry plans, also known as the U.S. “national plans.” These four ministries serve Asian American, Hispanic/Latino, Korean and Pacific Islander communities in the United States. The national plans strive for unity within diversity. They aim to expand the ministry of The United Methodist Church in a way that does not compromise the ethnic and cultural context of each of the communities they serve.

Two other plans approved by General Conference, the Native American Comprehensive Plan (NACP) and Strengthening the Black Church for the 21st Century (SBC21) work to expand ministries among their constituencies in partnership with United Methodist Discipleship Ministries.

Instituted in 1996, the Asian American Language Ministry serves as an important resource for developing new ministries as well as strengthening existing ones in the Asian American community. AALM provides critical funding, technical assistance and consultation needed to reach out to Asian American populations in the United States.

AALM also reaches second, third, and fourth generations of Asian Americans who have had to confront many of the obstacles raised by society. It is a founding partner of the monthly webinar series “Raise up your voice against racism.”

The Korean Ministry Plan, established in 2000, integrates Wesleyan tradition with Korean spirituality to make disciples of Jesus Christ for the transformation of the world. The focus is on discipleship through small-group ministry and training clergy and laity to start new congregations and charter new United Methodist churches.

A third emphasis centers on ministry with Korean American families with second and third generations in the U.S. Programming fosters young clergy and lay leadership through the support of programs and events to address diverse, multiethnic population and interracial families.

The NPHLM, approved by the 1992 General Conference, was the first of the racial/ethnic plans to be developed. The plan seeks to create more opportunities for Hispanic/Latinos to develop new ministry while working as equal partners in the broader church. It states its main goal as:

“The National Plan for Hispanic/Latino Ministry strives for a dynamic and growing church, joyously sharing and living the Good News of Jesus Christ in a multiplicity of places, in a variety of cultural settings, reaching the Hispanic and Latino communities throughout the U.S. and embracing their cultural richness and diversity.”

As a result of NPHLM’s work, many annual conferences established an office for Hispanic/Latino Ministry. The plan develops extensive leadership development curricula, including processes for qualifying Lay Missioners and Certified Lay Ministers to serve the church.

General Conference 2012 passed the Comprehensive Plan for Pacific Islander Ministry in the U.S. The plan was developed over a four-year period by a committee of Pacific Islanders and Global Ministries, which administers the work of the plan.

One of the primary goals of the PIM plan is to empower Pacific Islanders to participate in the life of the church using their authentic gifts and graces, thereby helping the UMC to more closely reflect the fullness of God.

The plan will continue to equip first generation leaders with appropriate tools for disciple making in their new surroundings and work to develop both lay and clergy leadership. Another major goal is developing ways to reach and resource youth and young adults.

Pacific Islanders strive to develop new congregations, continue their tradition of the church as community, create resources in the main languages of the Pacific Islands and provide guidance on health and wholeness in a new land.

For more information on these ministry plans, contact mem@umcmission.org.

BUT GOD HAD DIFFERENT PLANS

Meleanitema Sapoi-Finau joined the Global Mission Fellows program, traveled across the country and discovered what God had been preparing her for all along.

Read More
HATE IS THE OTHER PANDEMIC

In response to an increase in violence against Asian Americans in the U.S., a series of monthly webinars is creating a safe space where Asian Americans and their allies can learn about and discuss issues of racism.

In its first year, ReNew UMC in California tripled its membership. This multicultural congregation partially supported by the Korean Ministry Plan focuses on fresh ideas to reach more people.

Read More
A CALL TO PLANT CHURCHES FAR AND WIDE

The Rev. Juarez Goncalves, a missionary from Brazil, and his wife, the Rev. Clauri Goncalves, have coordinated the planting of seven United Methodist churches in the New England Conference.