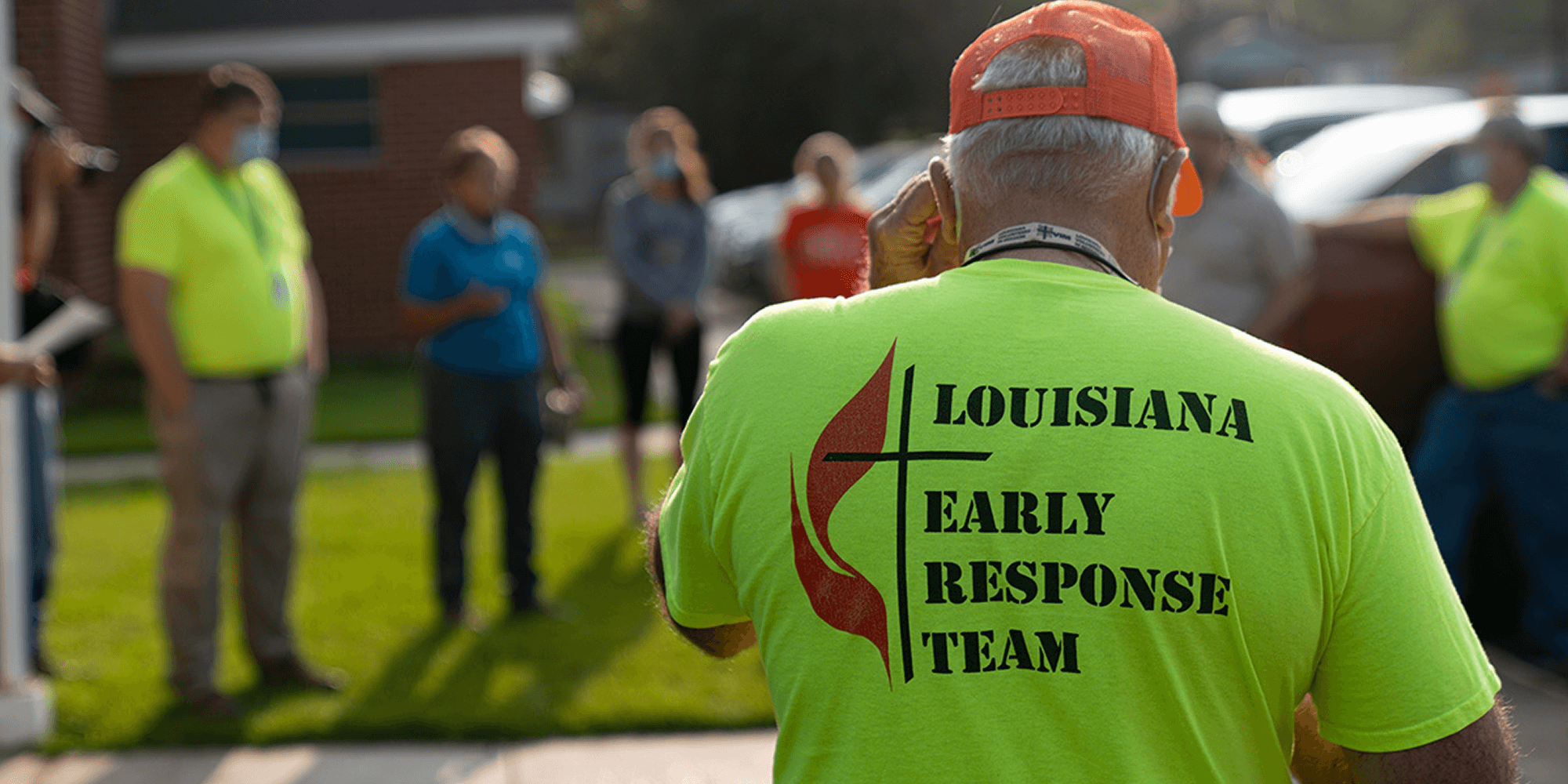 “There’s a mental exhaustion that sets in and then there’s a fear of ‘Does anybody outside this region care?’” a Lake Charles resident recently told a news wire service. UMCOR’s answer? United Methodists and UMCOR do care.

Hurricane Delta, which came ashore on Friday, Oct. 9, with 101 mph winds and a 9.3 ft. storm surge in coastal Louisiana, has set records. It was the 10th named storm to hit the continental United States this year, surpassing the record number that hit in 1916, according to researchers.

To compound an already tenuous situation, Hurricane Delta began its trek across the region in Cameron Parish, only about 12 miles from where Hurricane Laura made landfall a few weeks before. Hurricane Laura barreled through in late August and killed at least 27 people in the state.

Delta, unlike Laura, was both a wind and flooding event. As proof of Laura’s lasting devastation, more than 9,000 Louisianans remained in shelters days after Delta left the region because Laura’s strong winds had caused so much damage to local homes. Days later, temporary housing is still needed, authorities have stated.

“My message to the people of the Gulf Coast and Louisiana is that UMCOR, and thousands of UMCOR volunteers and supporters, really do care,” said Lara S. Martin, interim director of U.S. Disaster Response for UMCOR. “It can be darkest before dawn and UMCOR and its partners are working to bring a brighter day.”

“Unfortunately, almost everything that was accomplished by the Louisiana Conference and the ERTs after Hurricane Laura needs to go back to the beginning,” continued Martin. “We have been providing constant support to our partners in the region, but we recognize it’s incredibly stressful for survivors, and conference staff along with volunteers, to work so hard for weeks or more and then see much of their work undone by the power of one storm.”

With these storms UMCOR’s legacy of being “early in, last out” will definitely come into play. In the immediate aftermath of these storms, UMCOR is focusing on tarping homes and performing muck and gut maneuvers. UMCOR has awarded solidarity grants to local conference partners to help them address immediate needs.

UMCOR is leveraging the expertise of the U.S. Disaster Response team, along with other resources, to support communities across a multistate area.

“UMCOR is well-known for its disaster response and, especially, for its disaster case management programs that assist survivors with their long-term needs,” said Roland Fernandes, general secretary of Global Ministries and UMCOR. “The repeated storm damage in this region, combined with the mental and physical toll on residents, highlights the need for support of UMCOR’s work.”

“Just when we were beginning to pull order out of the chaos caused by Hurricane Laura, a second hurricane comes and clobbers us again,” said Elaine Burleigh, conference disaster response coordinator (C-DRC) for the Louisiana Conference of The United Methodist Church. “The destruction is heartbreaking, but the residents of Louisiana are resilient; we will recover, and we will rebuild.”

“Sometimes, it feels like the rest of the nation has forgotten about the suffering in Louisiana, but UMCOR and The United Methodist Church have made a commitment to the people of Louisiana that we are here for the long haul,” Burleigh continued. “I have been so humbled by the outpouring of compassion from United Methodists from all corners of our country.”

“Teams from Tennessee and North Carolina, from Texas, Georgia, Illinois and Arkansas have travelled thousands of miles and spent countless hours helping us recover from these storms,” she said. “Many others have sent much needed supplies, equipment and donations to help with the recovery. And UMCOR has been a tremendous help in planning our long-term recovery efforts.”

“So, yes…the chaos is real, but Christ is revealed in the chaos,” Burleigh stated. “Disasters like these two hurricanes, and the response of so many amazing people in our United Methodist denomination, remind me that we are so much more than the issues that divide us, that we are stronger together than we are separate.”

One challenge facing the disaster response community is access to volunteers. The novel coronavirus pandemic has lowered the number of Early Response Team volunteers available for deployment to disaster sites. (ERTs, who undergo training, background checks and certification, are assigned to an individual UMC conference.)

As UMCOR’s partners work through the immediate disaster response process, they are also focused on emotional and spiritual care.

“We are in continuing discussions about recovery, but also how can we minister side-by-side with these teams,” said Martin. “Reaching people like the Lake Charles resident who asked if anyone outside the region knows of their burdens is incredibly important.”

Join us in supporting our neighbors in the Gulf Coast. Please give to UMCOR United States Disaster Response at Advance #901670. 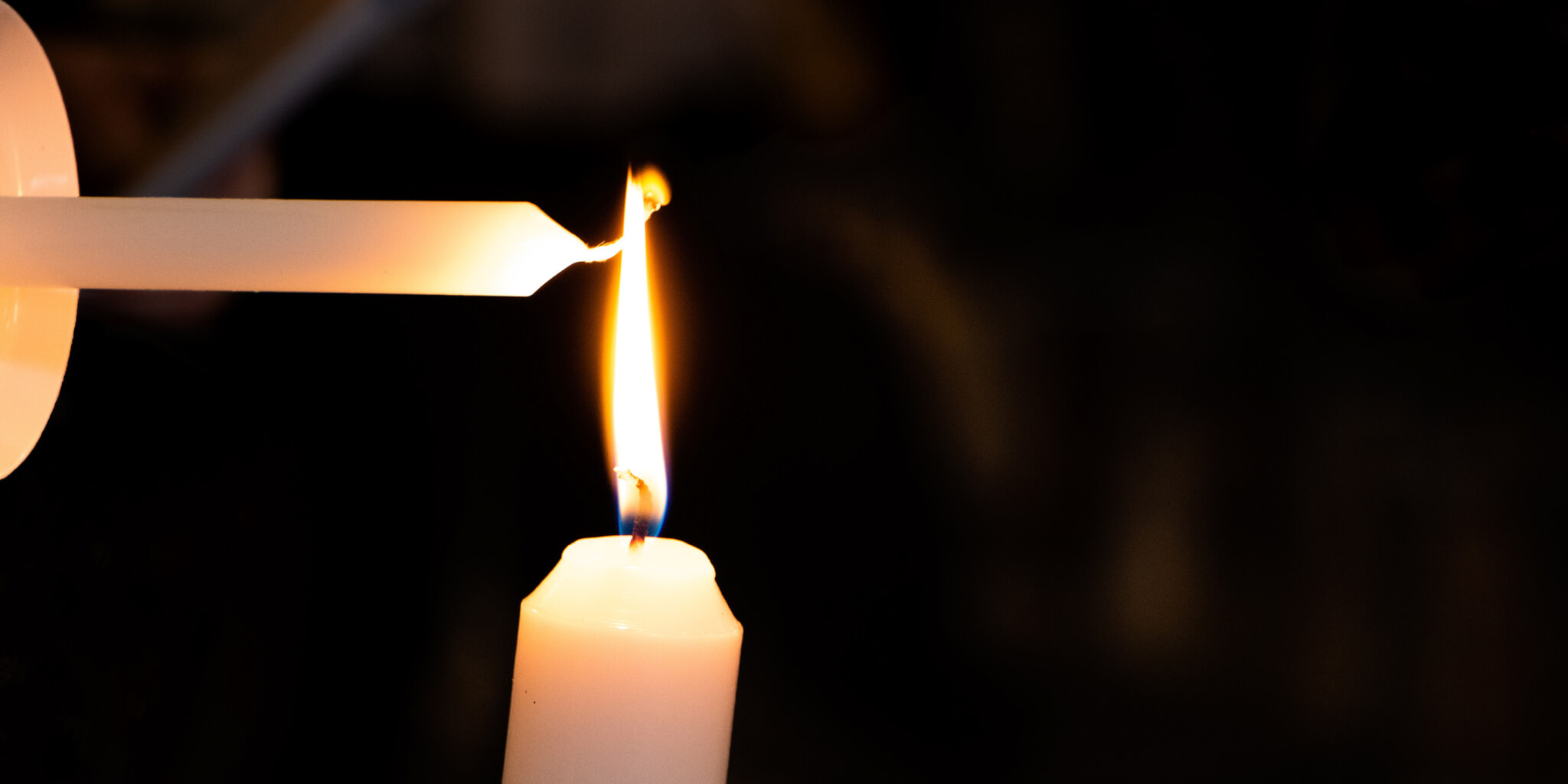 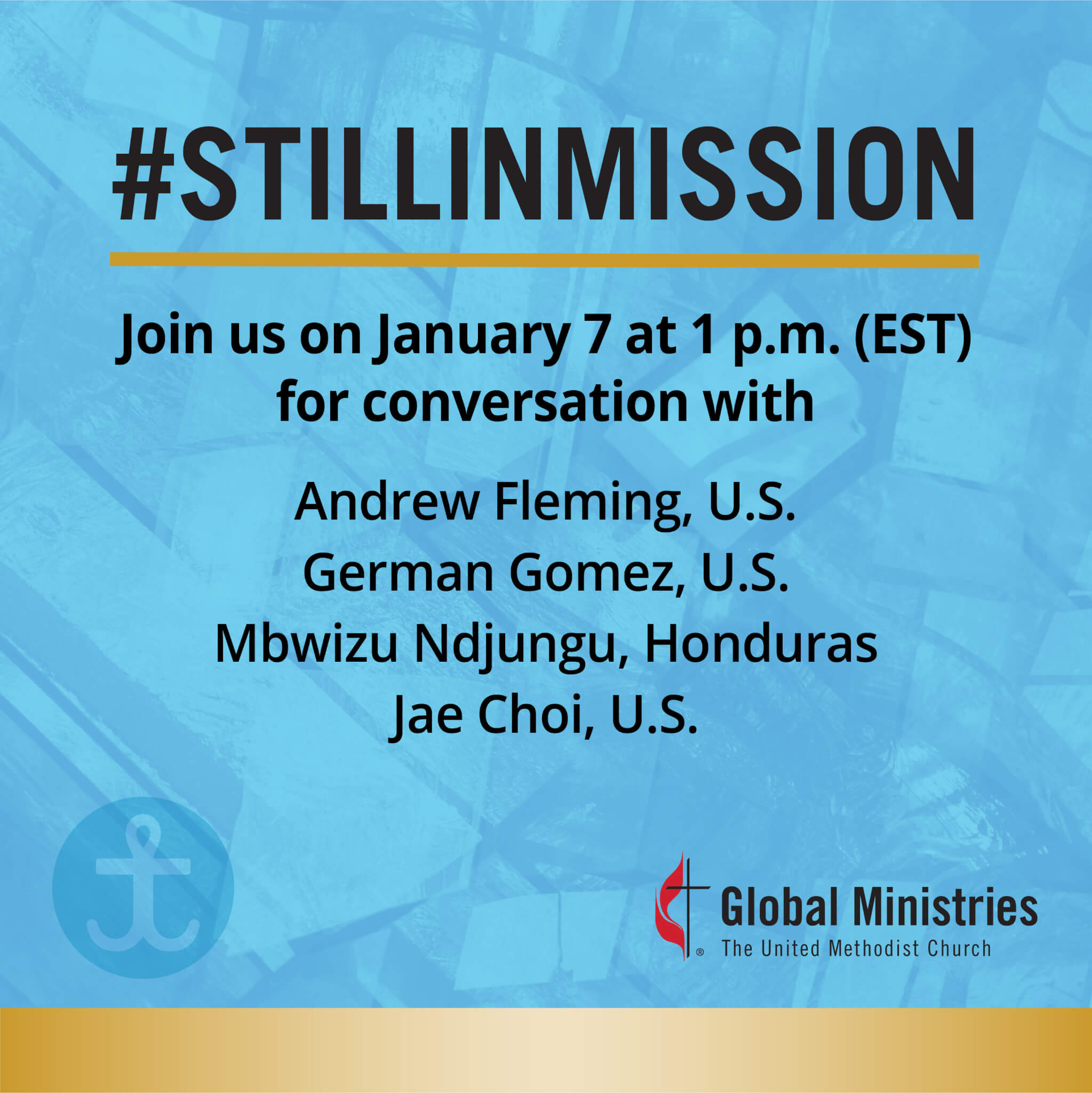