Along the U.S. southern border 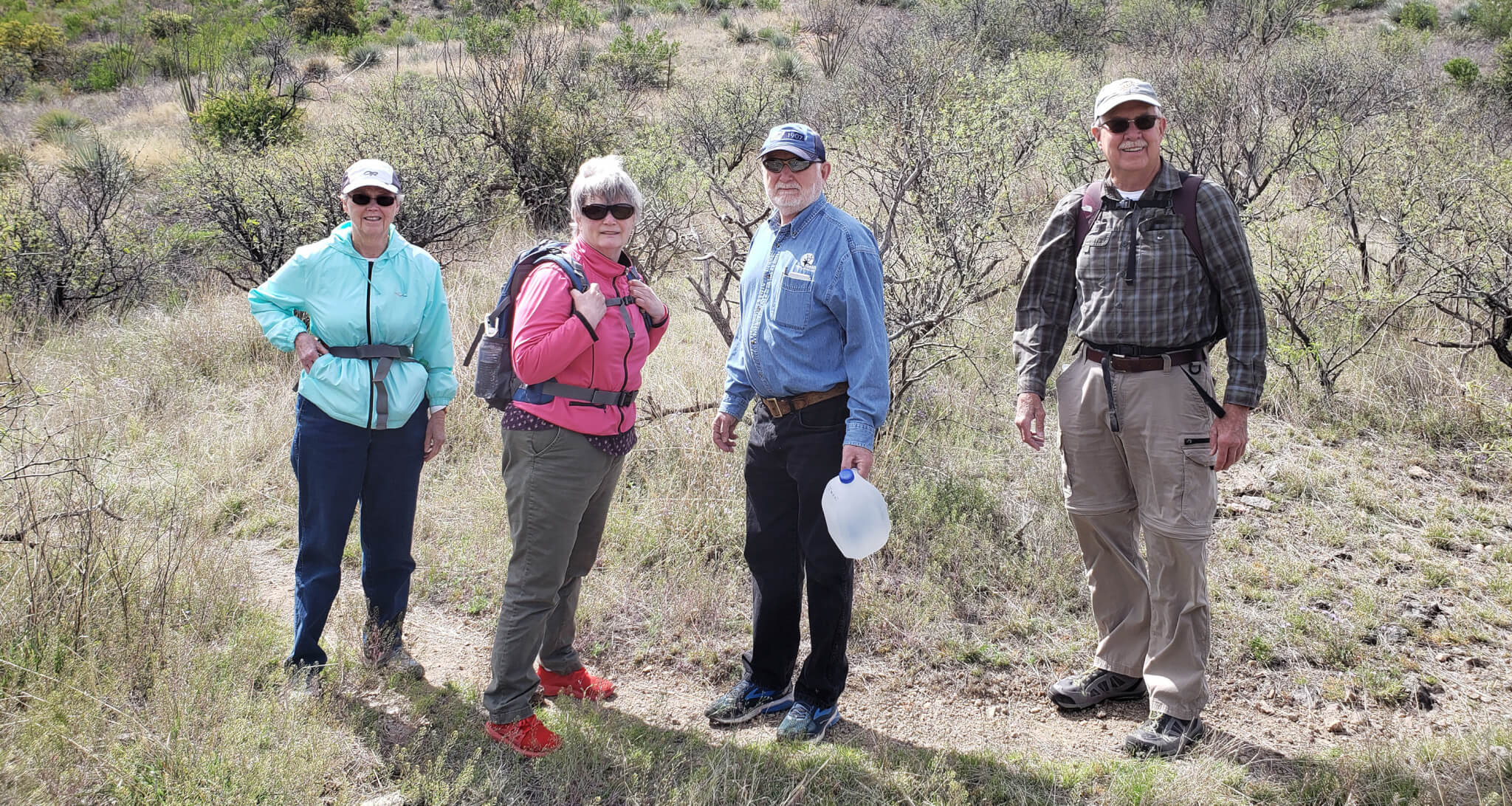 Along the U.S. southern border

Blessed Holy Week! Hebrews 9 tells us that by Christ’s blood our deliverance is secured for all time, and the blood of Jesus washes our consciences clean from dead works in order to serve the living God. We have witnessed and participated in diverse expressions of Christian compassion and unwavering conviction.

Last Lenten season, we participated in the Immigration Immersion program on the southern border. We began by visiting the huge border patrol campus to learn their perspective on border security and how they address it. Very simply put, their role is much like a local police force: they use the means necessary to enforce the laws of the U.S. government to ensure the safety and protection of its citizens.

In 2016, Immigration and Customs Enforcement (ICE) went to Bishop Robert T. Hoshibata of the Desert Southwest Conference and asked if United Methodist and other churches would house migrants who have been vetted by the Immigration and Naturalization Service, to help them make contact with their host families and make travel arrangements. The churches said “yes!”

Room at the inn

The United Methodist Inn Project was given its name because it opened in December 2016, and the very first guest was a man named Jesús. The Inn Project operates out of the basement of First UMC in Tucson, Arizona. Before 2016, ICE used to drop off migrants, who spoke little English, at the bus station, with no money, no food and only the clothing they were wearing. Unless they decide not to, ICE now delivers people in unmarked vans to the care of the churches.

At the Inn, they are welcomed by Gretchen Lopez and a team of volunteers who give them a warm meal, clothing and a cot for three nights while helping them contact their sponsors and purchase bus or plane tickets. When the day arrives, travelers are taken to the bus station with enough food and clothing to get to their destination.

The following day, the group traveled to Nogales, Arizona, and then walked across the border to Nogales, Mexico. They identify themselves as two cities with one heart. Nogales is the sixth largest border crossing into the United States. More than 900 semi-trucks with fresh perishables for the U.S. market cross the border each day. Along with visiting the Methodist Church and various agencies providing food and shelter for immigrants in Mexico, we had a meeting with the U.S. consul. We were given pause as we looked at “the wall” from the

Mexican side while standing in the spot where a 16-year-old boy was shot by a U.S. border patrol agent in 2012.

Water in the desert

On the third day, we joined a volunteer named Joel from Humane Borders as he delivered water to stations in the desert. He drove a truck with a large tank of water and then refilled barrels along well-known migrant trails. At each of the 50 water stations, there was a blue flag on a 30-foot pole to alert the traveler of a place of rest. Each barrel has a sticker of the Virgin of Guadalupe. Most immigrants don’t speak English and don’t know if they can trust the water to be safe. “Everybody knows the Virgin. She is the protector of travelers. She speaks for us when we are not here to help,” Joel said.

Jerry, a snowbird from Seattle, volunteers with a group called Samaritans. We loaded a beat-up four-wheel drive with gallon jugs of water, Ziplock bags containing granola bars, socks and bandages. We came to a trail head and then walked into the desert to deposit the supplies. The particular trail we walked followed a barbed wire border that led into the high mountains. One thought kept running through my mind, “How desperate must these men, women and children be that they leave all they know? Who is their Pharaoh driving them into the desert?”

As the border patrol agents and faith-based groups do their prospective work in this region, tension is inevitable, but the people we met are seeking ways to cooperate.

It is our prayer that, indeed, each person may know, in this life, the joy, hope, courage and peace found only in our risen Christ who reigns forever as the King of kings and Lord of lords.

Evelyn Erbele and her husband, Walter “Teri” Erbele, are missionaries with the General Board of Global Ministries, currently assigned as mission advocates with the Western Jurisdiction.

New grants to help churches aid migrants in their communities

Support the work of Missionaries