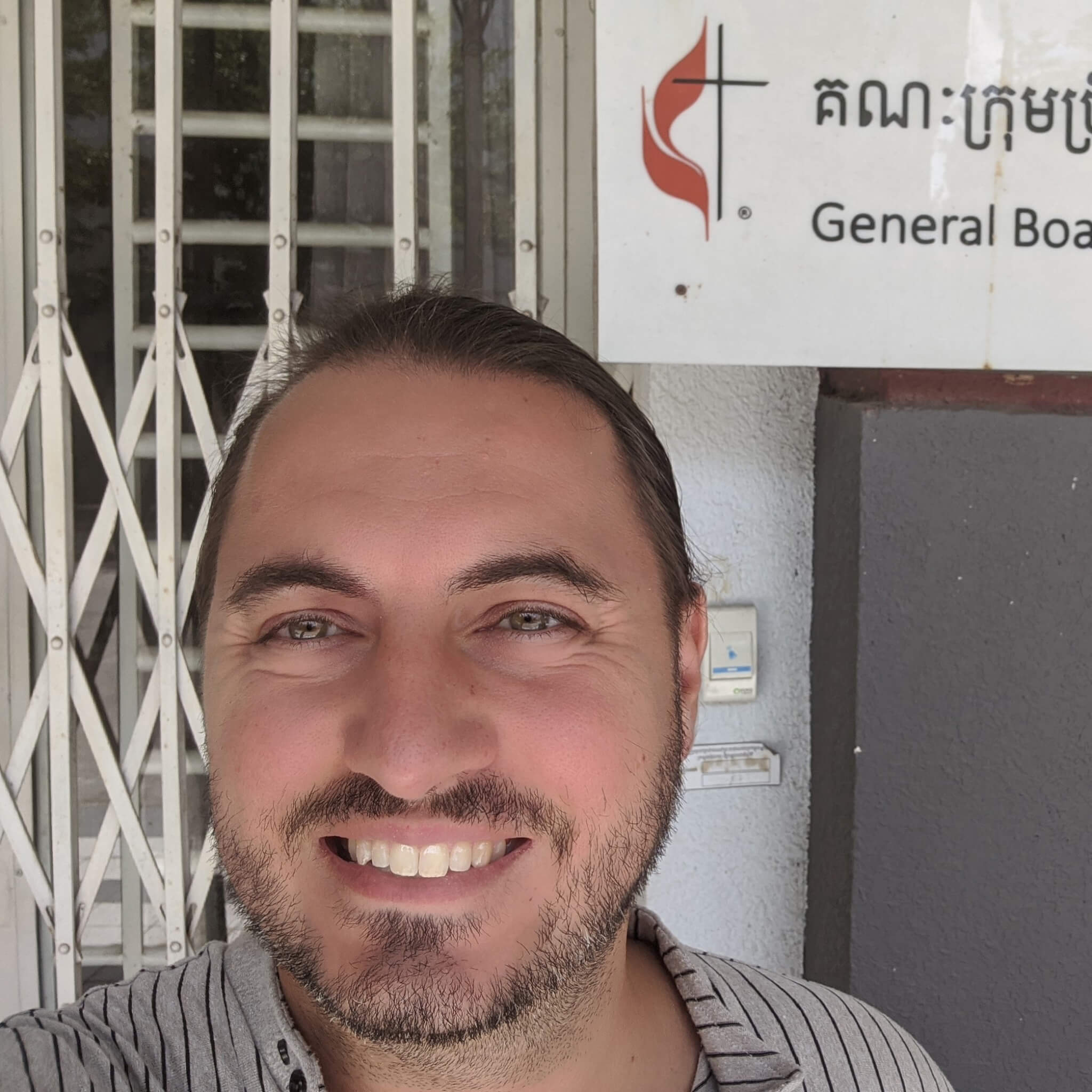 Patrick Booth is a United Methodist missionary with the General Board of Global Ministries serving as the co-director of Project ARK (Advancing Resilient Khmer).

With a background in counseling, Mr. Booth has worked with young adults dealing with substance abuse and has provided adaptive skills for adolescent refugees. He enjoys building rapport and strengthening relationships with the community. He has participated in mission trips to Latin America and Africa, as well as serving with Asian refugees in Texas. He has compassion for those transitioning and taking steps toward healing from human trafficking and other issues.

Human trafficking is a worldwide epidemic and a grave violation of human rights. Cambodia is a source, transit and destination country for men, women and children subjected to forced labor, forced marriage and sex trafficking. Its human-trafficking problem is rooted in economic vulnerability, exacerbated by environmental and educational realities, and encouraged by cultural pressures. Cambodian adults migrate to their regional neighbors of Malaysia, Thailand and China, as well as to the Middle East, in search for higher-paying jobs and alternatives to subsistence farming.

Many survivors of human trafficking return to Cambodia having incurred extensive debt. Project ARK’s mission is to tackle poverty as a culprit of human trafficking by equipping and restoring livelihood and dignity through the construction trade while introducing quality, affordable family homes into the Cambodian real-estate market.

As a missionary with Project Ark, Mr. Booth’s task is to work with other missionaries from Global Ministries and partner agencies, the Methodist Church in Cambodia and local leaders to provide leadership and supervision for the endeavor.

“Early in my life,” Mr. Booth recalled, “the church helped my family financially, socially and emotionally. After receiving such a blessing, helping others became very important to me.” The youth group, he said, “became an extension of my family. I found volunteering for mission work very rewarding. Helping others became a way of life when I entered a career as a counselor.” Eventually, however, he realized God was calling him directly to the mission field.

“After serving on several short-term mission trips,” he said, “I joined the World Race [mission trip] in 2015 to visit 11 countries in 11 months. This proved to be a reinforcement of the calling in my heart.”

Born in Painesville, Ohio, Mr. Booth earned an Associate of Applied Sciences degree in counseling (2006) and a certificate in mental health/substance-abuse prevention (2010), both from Eastfield College, Mesquite, Texas, as well as a Bachelor of Arts degree in psychology from the University of North Texas in Denton (2010).

Prior to his present assignment, Mr. Booth worked as a counselor responsible for a full probationer caseload with Genesis Counseling (2009-11). He co-founded Bedrock Counseling to serve probationers in Dallas, Denton, Ellis and Collin counties (2010-2014). Most recently, he was the founder and sole proprietor of Booth Life Coaching (2014-2020).

Mr. Booth is a member of First United Methodist Church, Lewisville, part of the North Texas Annual Conference. “The church continues to be a cornerstone of my faith,” he said, “where I find God’s presence most pronounced is in service missions and in the hearts of new believers. I seek only to serve others in Christ’s name, because experience has proven this to be my greatest joy.”