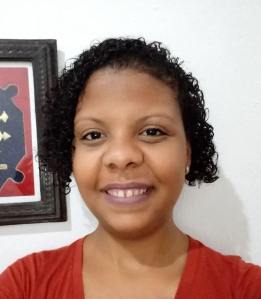 Bruna Farát da Silva Mahamane Kakalé is a United Methodist missionary with the General Board of Global Ministries serving as a congregational developer. She is based in Cayenne, French West Indies.

Ms. Kakalé has experience in cross-cultural ministry, serving in Niger, Venezuela and Chile. She has worked with indigenous people, supported local church ministries and assisted in social work. She loves to think creatively about how to approach new projects and meet goals, despite unforeseen challenges. She understands the importance of learning about and with a new community, valuing their input. She has experience as a local lay pastor and has worked as an interpreter in many contexts.

In 2016, Global Ministries, along with MCB representatives, conducted two exploratory trips to the region. In 2017, MCCA leadership was consulted. Contacts have been established with local leaders and representatives of other churches. It is hoped that two families who have expressed interest in Methodism will help launch the Methodist presence. In 2018, the Global Ministries Latin America Regional Office offered its recommendation for the project. With a vision to establish a formal agreement with MCB and, perhaps, MCCA, Ms. Kakalé will work closely with local leadership as the congregational development project evolves.

Accepting Christ as a child, Ms. Kakalé vowed to follow Jesus faithfully. A visiting pastor preached about the need to share the gospel. “At the end of the service,” Ms. Kakalé said, the guest preacher “told me that God will make me a missionary.

“Yet,” she said, “I felt that something was missing. Through my pastor, I understood the importance of mission. At the age of 14, I started working with the deaf and participating in evangelistic events, but this need never stopped growing. At 16, I accepted with my mind and heart that God really called me to the nations.” She felt God was leading her to Niger, although her family and church shared misgivings about her decision.

When Ms. Kakalé was 18, she attended a missiological seminar. “From then on,” she recalled, “God made me see things I never imagined. Certainly, seeing other cultures and needs has made me grow differently.” She believes that people born into Christianity sometimes cannot see beyond their own reality. “God opened my eyes,” she said, “and I thank the Lord, for today I can serve by dedicating my life to others.”

Married to Nouhou Mahamane Kakalé of Niger. Ms. Kakalé is a member of Central Methodist Church in Barra Mansa.