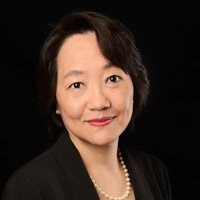 Serving At: Wesley Foundation in Tokyo
Home Country: Japan, Asia and Pacific
WAYS TO REACH ME:
Email Me

The Wesley Foundation is an independent organization engaged in activities of public benefit in Japan. It has strong ties to United Methodist Women and the General Board of Global Ministries. Rev. Chang was appointed in 2012 to lead the foundation toward official recognition as a public benefit entity under Japanese law. The foundation has a building with facilities for promoting educational and social activities in partnership with churches and other nongovernmental organizations.

Hikari Kokai Chang was born in Japan and retains Japanese citizenship, although she is a member of the New York Annual Conference. She has served pastorates in Wakefield, Massachusetts, and Armonk and Oceanside, New York. She holds both Bachelor of Divinity and Master of Divinity degrees from the Tokyo Union Theological Seminary, and a Master of Sacred Theology degree from the Boston University School of Theology. At Boston, she specialized in pastoral care and counseling.

Born into the family of a pastor of the United Church of Christ in Japan (Kyodan), she was deeply nourished in faith by her parents and members of the congregations her father served. Interested in relations between religion and culture in Japan, she enrolled in the Tokyo Union Seminary and in the course of her study felt called to the ordained clergy. She was commissioned as a Kyodan local pastor.

Feeling the need for more training, she enrolled in Boston University in 1986, there meeting the man she would marry, the Rev. Hak-Soon Chang, a native of South Korea. She became an elder in the New England Annual Conference in 2003 and later transferred to New York. Local church ministry, she says, made her increasingly appreciative of the diversity of cultures as God’s rich blessing.

She understands mission as “sharing God’s love in the world” and believes each Christian is called to mission. “Throughout my life,” Hikari says, “I have experienced God’s unmistakable presence and amazing works in many different cultures. So I embrace these experiences and stories as a gift from God as I serve in mission.”

The Changs have two children, Ji and Shin.