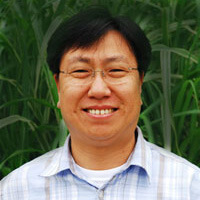 The World Mission Office in Seoul builds bridges with the Korean Methodist Church, the world’s second-largest Methodist denomination, and oversees the use of United Methodist facilities and resources that are legacies of a rich mission history.

Rev. Kim was born in Korea and attended high school and undergraduate school there, graduating from Yonsei University with a bachelor’s degree in theology in 1986. He then enrolled in the Vanderbilt University Divinity School, Nashville, Tennessee, graduating in 1991. He is affiliated with the Tennessee Annual Conference, and for five years served as a chaplain at World Vision Korea in Seoul. He was ordained an elder in 1994. From 1996 to 1998 he was director of the Seoul Consulting Office of the General Board of Higher Education and Ministry. Kim became a commissioned missionary in 1999 and was assigned to work with mission finances and links with the Korean church. The World Mission Office was set up in 2010 to continue historic commitments to mission in the region.

Rev. Kim has a strong sense of calling to build positive, productive mission relations between the Korean Methodist Church and The United Methodist Church. Methodism came to Korea in the 1880s with American missionaries. The Korean Church, now confined to South Korea, became fully autonomous in 1930, although it retained strong mission ties with groups that would eventually come together in The United Methodist Church. Kim is “waiting and preparing for the time when God opens the door and allows us (Methodists) to proclaim Good News to the people in North Korea.”

Rev. Kim is married to Hea Yoon Kim. They have one son, In Kyu.