The Christian call for peacemaking

Jesus Christ, our great teacher, went up the mountain to address the crowds of people who came to hear him speak – the Scripture known as the Beatitudes. In the ninth Beatitude, Jesus proclaims: “Blessed are the peacemakers, for they will be called children of God” (Matthew 5:9 NRSV). Matthew 5:39 says: “But I say to you, do not resist an evildoer. But if anyone strikes you on the right cheek, turn the other also….” Are we willing to turn the other cheek if we are slapped on the right cheek? In Jesus’ culture, “to be struck on the right cheek was to be given a hostile, back-handed insult, with the back of the right hand; the left hand was for dirty things (Stassen, “Just Peacemaking,” pp. 64-65, 68-69). To turn the other cheek was to surprise the insulter, saying nonviolently, “you are treating me as unequal, but I need to be treated as an equal.” Jesus is saying; if you are slapped on the cheek of inferiority, turn the cheek of equal dignity (Stassen, pp.138-139).

Working as a peacemaker, both at home and abroad, puts me in a tight spot sometimes. After listening and being present in the moment as people share their stories of pain – of the misery of war, suffering, hate, anger and division – I’ve asked myself the question, “Can the world ever be a peaceful place?”

I was first assigned as a Global Mission Fellow to serve with the National Christian Council of Sri Lanka. I worked closely with the Sri Lankan Healing of Memories program, a program adopted from South Africa, based on the Healing of Memories experience of Father Michael Lapsley. He was an Anglican priest who stood up against the Apartheid regime and worked in solidarity with the marginalized. He is also a survivor of a letter bomb that caused him to lose his two hands and one eye. Yet, he forgives those who caused him pain and encourages other people to let go of the pain and hurt caused by others.

Hearing the pain in Sri Lanka

Sri Lanka, an island country located in Southeast Asia, went through a 26-year civil war, ending in 2009. The war was the result of tension over the exclusion of the Tamil minority group. About 70% of the population in Sri Lanka speaks Sinhala and is Buddhist. The Tamil minority speaks Tamil, and they are Hindu, Christian and Muslim. The Healing of Memories brought together people directly affected by the war, including widows, mothers of disappeared children, ex-combatants, Tamil Muslims and other Tamil speakers. It was very emotional for me to sit and listen to the heartbreak and sadness and then, finally, to ask them to let go of the pain and hurt and forgive the people who hurt them. This brings me back to Matthew 5: 39, to turn the other cheek. This Scripture can be challenging to us as Christians, and even more for people of other faiths.

It was a good experience for me to witness the climax of the first phase of the Healing of Memories program. An interreligious delegation gathered (Buddhist monks, Muslim imams, Hindu priests and Christian pastors all in one space) and sent a petition from war victims to the government. The petition was given to the chief Buddha and head of the Buddhist Mahbodhi Society to extend to the president of Sri Lanka on behalf of the people. With God all things are possible.

When we are on God’s mission, it is up to God whether to plant, grow, uproot or tear down. I was uprooted from my assignment in Sri Lanka because of a country crisis and reassigned with the Border Peace School (BPS) in South Korea.

The Border Peace School was established on the northern border of South Korea, which is also the southern border of North Korea, and the school’s program takes place inside the demilitarized zone (DMZ) in Cheorwon, Gangwon Province. The school was established because of the spiritual conviction of its founding director, the Rev. Dr. Jung Jiseok, a Korean Presbyterian pastor. Jung said he heard and answered the call of God to go to Cheorwon, one of the deadliest battle sites during the Korean War, to establish a peace movement. The voice said, “The time is urgent, go and prepare.”

At first, I struggled to climb up the mountain path every day, as I prayed and reminded God of his word that I can do all things through Christ who strengthens me. Climbing the mountain has become more comfortable for me now. The two main objectives of BPS are peace education for peacemakers and peace community building.

Over the past three years, BPS has organized and hosted the DMZ international peace conference of the People’s Movement for Peace on the Korean Peninsula. The beginning of this movement was the Soi Mt. peace prayers, which began in the fall of 2017, when the Korean Peninsula was once again in crisis. Students and teachers of the Border Peace School climbed to the top of the mountain every day and lit a candle for peace, even as U.S. stealth bombers flew overhead.

Peace pilgrims visiting BPS also participated in the prayers, with “No War, Yes Peace” as the slogan. The Soi Mt. prayer movement continued for 116 days, from October 17, 2017, until the opening of the PyeongChang (South Korea) Winter Olympic Games on February 9, 2018, when members of the North and South Korean teams played ice hockey as one Korean team.

During our candlelight peace prayer movement, we became more convinced of the vital role that ordinary people play in the peace movement. Preventing war between nations is an impossible task as individuals, but it becomes possible when many people cooperate.

We believe that the power of prayer is the fundamental component in Christian work for peace in the world.

Deinah Lorpu Quire is a Global Mission Fellow, International, class of 2018-2020, from Liberia. Also serving at the Border Peace School is Global Mission Fellow Miriam Manatse, from Zimbabwe. The Rev. Dr. Jin Yang Kim, another Global Ministries missionary, works toward reunification of the Korean Peninsula as coordinator of Pilgrim-teams of Justice and Peace, and as the assistant coordinator of the Ecumenical Forum for Korea at the World Council of Churches, based in Geneva, Switzerland. 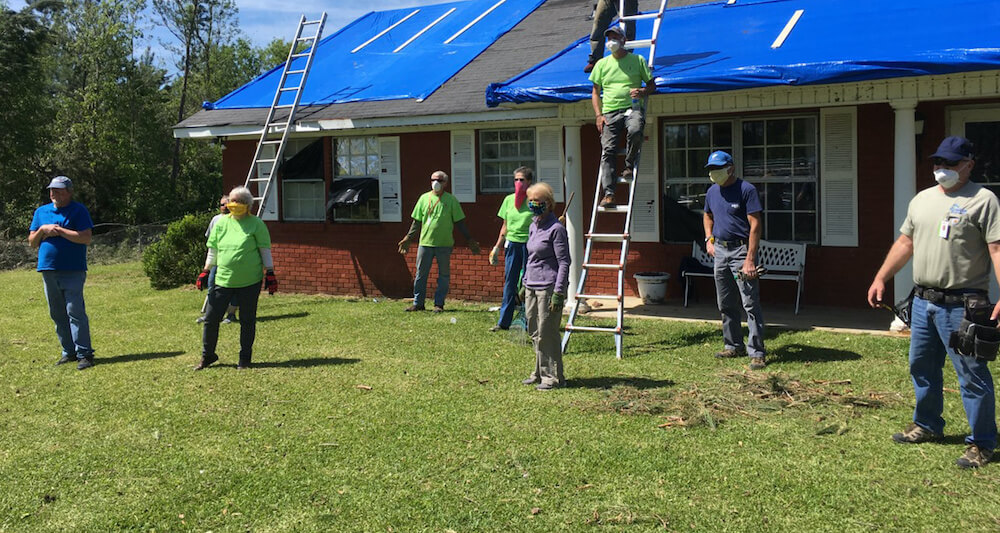 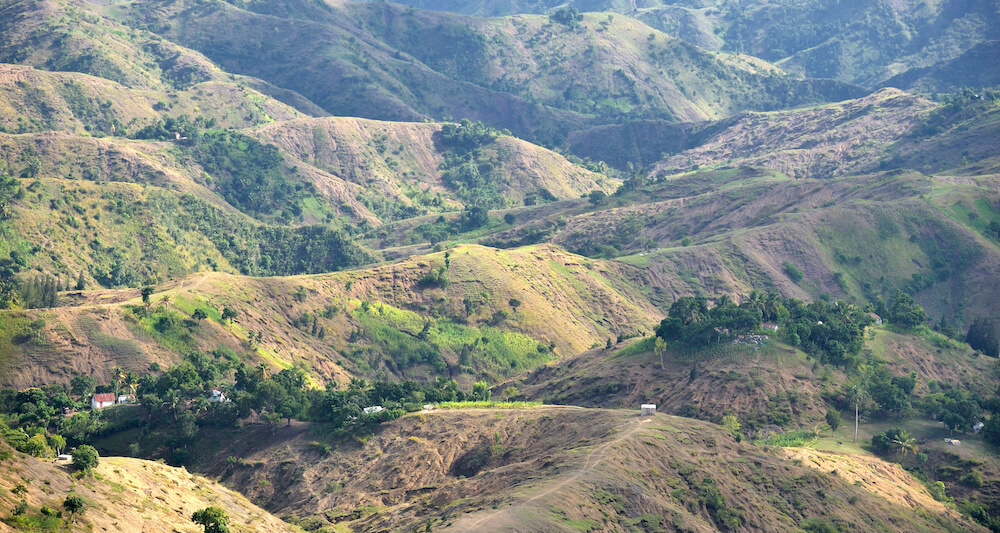 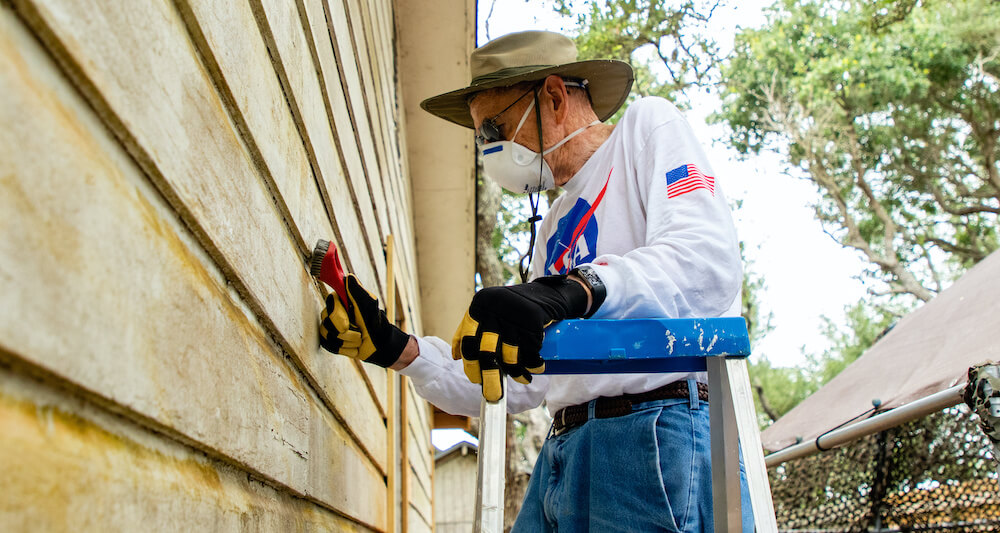 Peace in the midst of pandemic