Methodists in Mongolia envision the future

When Chin (James) Cho arrived in Mongolia as a missionary in 2015, the Mongolia United Methodist Mission Initiative consisted of seven churches, two children’s ministry centers, a hospice ministry and some additional health services.

Chin, a local pastor with the Greater New Jersey Annual Conference, moved to Ulaanbaatar with Grace, his wife, and their two children, Joseph and Hannah, to serve as the mission’s country coordinator. The Cho children were in middle school in 2015. Today, their son Joseph is a freshman at Boston University and Hannah will graduate from high school in June.

When Grace Cho arrived in 2015, she served as a volunteer. In 2019, she was commissioned as a United Methodist missionary and now serves as coordinator of Christian Education.

Currently, the mission includes 13 Methodist churches led by national leaders. Among them is Chingeltei Ephphatha United Methodist Church, a congregation of Deaf* members whose primary language is Mongolian sign language.

Ekhjargal Erdenebat (called Enji) serves as the youth group leader, choir director and interpreter for the sign language service at Chingeltei Ephphatha UMC. Her parents are Deaf: “It was a challenge for me to have Deaf parents when I was little. Kids mocked me, and I felt disappointed with my parents. However, as I grew up and started signing for the Deaf service, I realized that this is actually a gift from God.”

Enji, who works part-time for the church and part-time as a sign language interpreter for a local TV station, says that God reached out to her family at just the right time. Finding Christ through the Christian Deaf faith community renewed her family, encouraged her father to break his addictions and enabled her parents to find work to support the family. She joined Chingeltei UMC after they moved to Ulaanbaatar and she says her life has been enriched and blessed by God.

Helen Sheperd arrived in Mongolia in 2002. She had served as a missionary hospice nurse in Korea for nine years. Sheperd’s medical background and her Korean connections through Yonsei University and Hospital, which had established an NGO in Ulaanbaatar, convinced her to begin hospice care ministry for those in poor communities who were nearing the end of their lives. The first Methodist faith community was established shortly thereafter when a second missionary, the Rev. Sun Lae Kim, joined Sheperd in Mongolia.

Today, hospice care is still a primary health ministry for the Mongolia Mission. Grace Hospice Care Center opened in 2005. The Korean United Methodist Church of Detroit secured funding to provide the hospice with a local doctor. Currently, two Mongolian physicians, two nurses, a spiritual care counselor and a bereavement counselor form the health-care team. Trained volunteers give care and support to the patients and visit their homes.

Chingeltei United Methodist Church was the first UMC congregation founded in Mongolia in 2003, initially in ger (Mongolian nomadic tent home) spaces. In 2004, a new mission center was built with funding donated by Koreans in the U.S. who gave a large gift in celebration of the 100th anniversary of Korean Methodists in the United States. The Korean Community Church in Leonia, New Jersey, was another contributor.

In 2009, with additional contributions from Korean UMC congregations and Global Ministries, a new Chingeltei UMC building was dedicated with space for worship and meetings.

Some of the congregations continue to meet in gers. In Mongolia, registration of churches is difficult, and land ownership is not open to foreign residents. Even so, in 2015, the Yeruu UMC in the countryside completed a new church building, thanks to support from the Laguna Hills Korean United Methodist Church in California. Just last year, the Yeruu UMC received official church registration from the government.

Education, Christian Education, graduate studies and other types of leadership development are vital programs for the church. The Mongolia Mission Initiative provides scholarships for leaders to study at Trinity Theological College in Singapore, the Korean Methodist Seminary in Seoul, Korea, and the Mongolia Trinity Bible College in Ulaanbaatar. In 2016, the Mongolia Mission sent its first young adult to participate in the Global Mission Fellow program of Global Ministries. Two more young adults from Mongolia currently serve as GMFs, one in Zambia and the other in Germany. The Mongolia church also receives Global Mission Fellows to serve with its ministries. Among their assignments, GMFs often teach English language, one of the classes available to children and youth in the ministry centers.

The Mongolia Mission is currently working to develop UMC curriculum for Sunday school teachers and other leaders. With the support of Discipleship Ministries in 2017, the mission translated “UMC Membership Vows” and “The Meaning of Holy Communion.”

“In 2019, we also translated and published small booklets, ‘The Meaning of Baptism’ and ‘Reimagining Evangelism,’ into the Mongolian language,” Grace Cho noted. “Every year, UMC teenagers from all the churches come together for a discipleship training event.”

The mission includes two self-sustaining projects. The Kairos Community Center, built in 2016 with financial help from Korean United Methodists and Global Ministries, includes a gymnasium, offices, a children’s/youth library, a women’s handcraft shop, a café and a thrift shop.

“Since our gymnasium is fully heated during the cold winters (which can reach 30 degrees F below zero), many people from the community come and play basketball and volleyball,” noted Chin Cho. “By collecting an hourly rental fee, the cost of building maintenance and staff is covered, and we realize a small profit every month. Our goal is to move forward in the direction of self-reliant, self-supporting and self-sustaining mission.”

Gerelt UMC developed a Women’s Handcraft Ministry in 2008 to support single mothers, widows and families in extreme poverty. A small group of five regular members now meets at the Kairos Center. The mission provides training and materials for the women to make wool slippers, brooches and coasters. From handicraft sales, they support their families and cover the cost for handcraft materials, utilities and salary. The Women’s Handcraft Ministry focuses on spiritual development and the wholeness of women, so they experience both economic and spiritual growth.

In January 2020, Chin Cho brought together leaders and members of the Mongolia Mission for a family retreat. All participants shared their joys and concerns about current situations in their churches and projects. They celebrated Sun Lae Kim’s retirement and her 17 years of work with the mission. They also discussed their goals and plans for future ministries.

Since 2017, the Mongolian government has placed new restrictions on foreign nationals working in the country and visa requirements have changed. While tourists from the U.S. and Korea can still enter the country with three-month visas, those who reside longer as religious workers have had difficulty renewing visas. Some missionaries have had to leave the country to reapply for visas.

In this climate, the need to reduce reliance on foreign mission agencies and increase the capabilities of Mongolian leadership in the church is a primary concern. During the leader and family retreat, the participants discussed a 3-year plan to become independent, both financially and as leaders of their churches.

In 2021, the churches will cover the cost of their church programing and building maintenance costs. In the next year, they will also cover staff costs. Finally, by 2023, the churches hope to shoulder all costs, including pastors’ or certified lay ministers’ salaries.

The Mongolia Mission decided to build a medical center into Grace Hospice Center, by end-of-year 2021. As a private hospital (including general medical practice), it, too, could become financially self-sustaining.

Currently, the Mongolian UMC has three Mongolian mission pastors. At the annual meeting in September 2020, three candidates will be presented for ordination as Local Elders in Mission and two more candidates as mission pastors. An accountable leadership committee consisting of church and project leaders will soon be formed to plan and make decisions for the United Methodist Mongolia Mission.

A new day is dawning for the Mongolia Methodist Mission, one that will take brave steps and great faith to accomplish. Meanwhile, all the church partners will continue to walk alongside the young church as it steps out on its own.

*Deaf capitalized indicates the Deaf culture, which includes people with different hearing and speaking abilities who all use sign language to communicate.

Christie R. House is a consulting editor and writer with Global Ministries.

Note on coronavirus measures in Mongolia:

“In Mongolia, we are currently locked down. Since late January, schools, churches, gyms and all public gatherings of more than three people have been shut down by the government. This will continue until April 30 and may be extended.

“Everyone is required to wear masks when going out for food groceries, hospitals and work places. Many are working from home. Currently, we have 10 people infected in Mongolia, so it’s no comparison to what’s happening in the U.S. and other parts of the world. Our UMC mission has been donating monetary gifts, masks and hand sanitizers to local hospitals and government officials. We’ve also distributed food items to needy families. We want to seize this opportunity to show that church can help in times of trouble.” 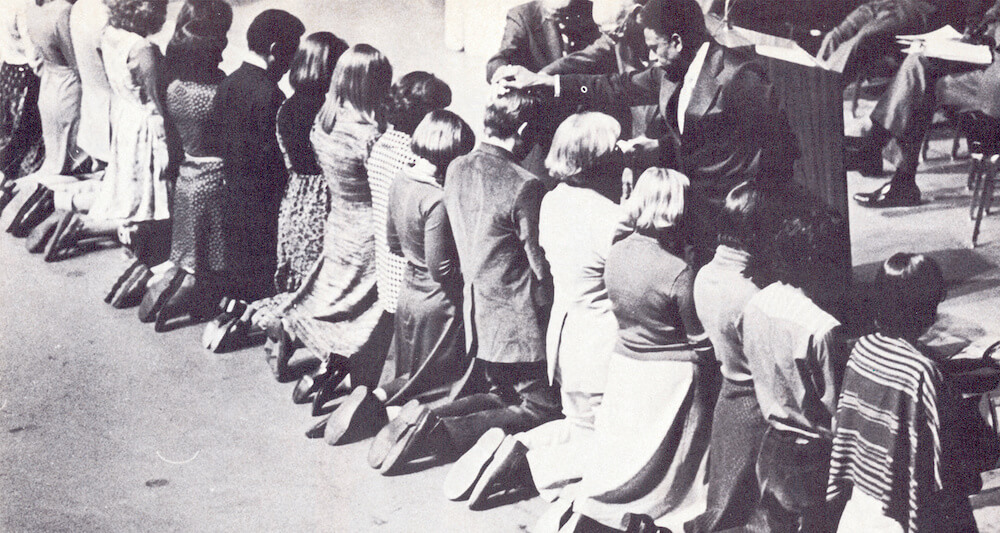 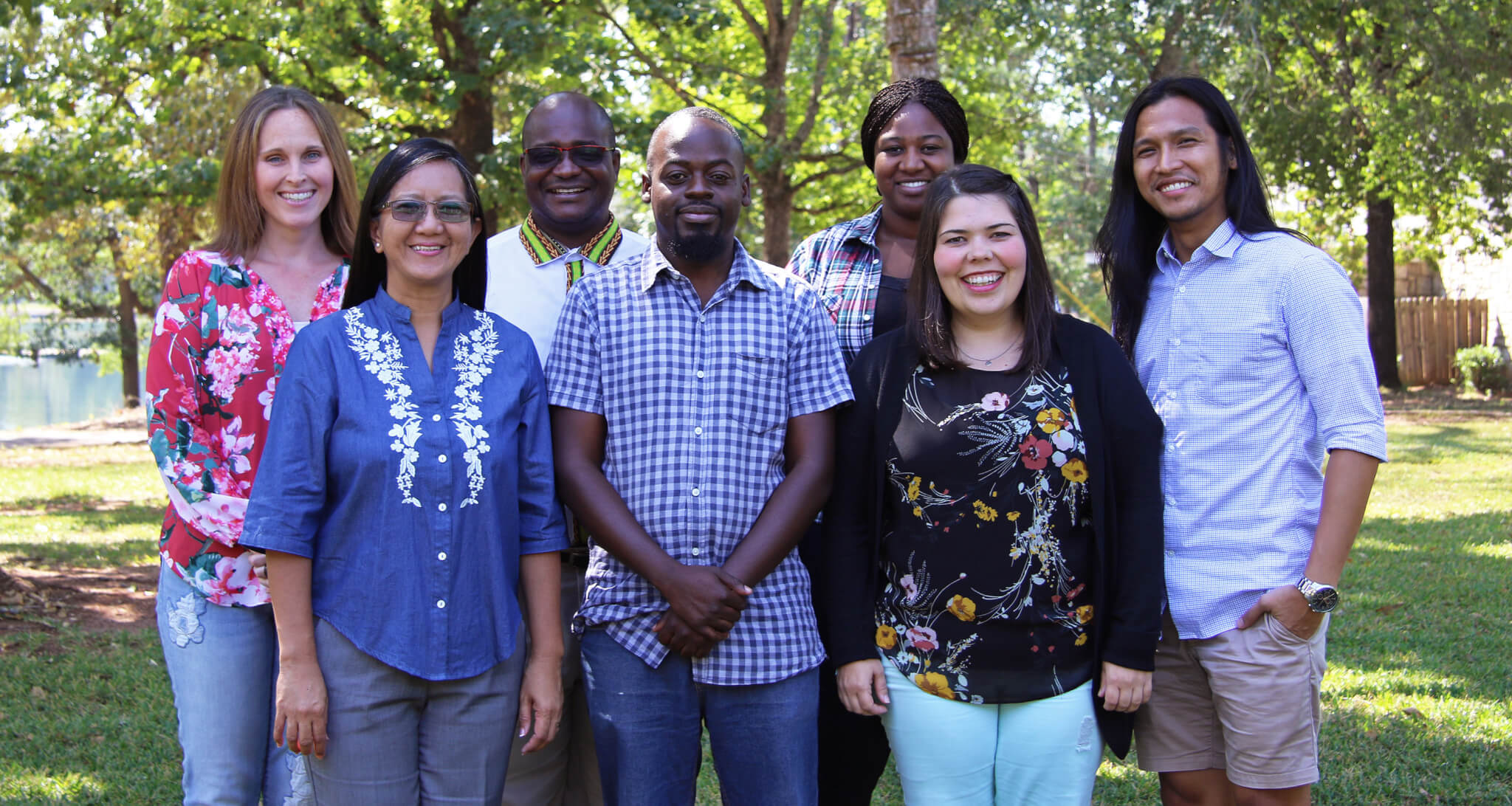 Lessons from missionaries on staying connected