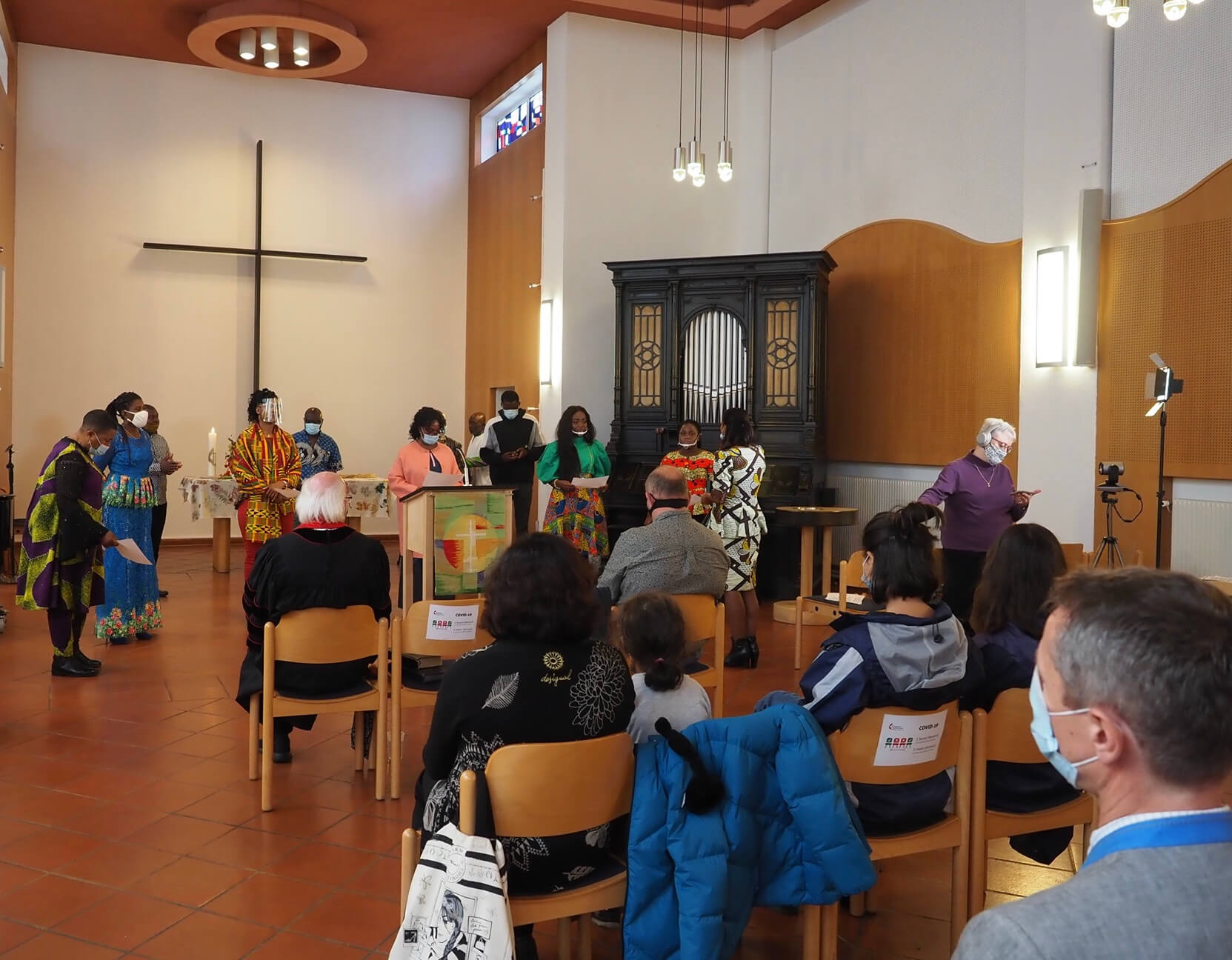 Offering worship and ministry in English to multinational migrants and local community in Vienna.

Vienna is an international city attracting thousands of immigrants to live, study, and work. Vienna is a gateway between Eastern and Western Europe and, as witnessed in 2015, a major city along the refugee routes to Germany and Scandinavia. The primary language is German, but thousands of migrants and expatriates from Asia, Africa, and other places share English as a common language. While German may be the language of work or even home, many migrants seek to worship in a language close to their hearts. English language worship is crucial for the faith development of many migrants in Vienna. Nearly forty years ago, The United Methodist Church in Austria organized the ESUMC as an international multicultural church to reach out to the growing English-speaking community in Vienna. The establishment of the United Nations Office at Vienna and the growing international organization presence helped precipitate ESUMC’s establishment. Today, the Vienna English-speaking and international community is burgeoning and demand for English-language worship and social outreach continues. In 2015, over 80,000 persons sought asylum in Austria. With Vienna as the capital of Austria, thousands of asylum-seekers and refugees are awaiting decisions and living in Vienna. Outside of local languages spoken by asylum-seekers and refugees in Vienna, currently English is the common language.

We are an United Methodist congregation of the Austria Provisional Conference. Each Sunday we lead vibrant multicultural English language worship in which we proclaim the Gospel, share the Lord’s Supper, offer our prayers to God, and sing God’s praises. Our five choirs – which represent various cultural strands of our community – and utilizing music from the global community help us in weaving together our multicultural worship. Sundays are a focal point for new immigrants to Vienna to meet others who share similar experiences and become integrated into the ESUMC community. We bring migrant together through weekly Bible studies and fellowship group. These groups are opportunities for migrants to deepen their faith and grow closer to God. Our active children’s Sunday School program is a rich tapestry of children from around the world. Our church leaders under the direction of our pastor extend pastoral care to a diverse community. Additionally, ESUMC is a mission congregation who seek to fulfill God’s work of mercy and justice in Vienna. As such ESUMC is working refugees and asylum seekers by providing German language courses, housing, and a daytime shelter. The refugee situation and their needs are constantly changing and ESUMC is committed to seeking new ways to respond emerging challenges.

Our goal is to help immigrants grow in faith in Christ and to bring transformation in the world through mission and outreach. We hope to continue to strengthen and grow our worshiping community and increase our outreach activities with refugees and asylum-seekers in Vienna.