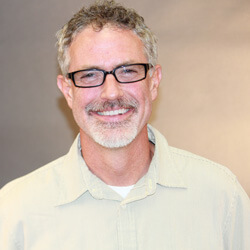 The Rev. Douglas E. Williams is a missionary with the General Board of Global Ministries of The United Methodist Church, serving as pastor and Volunteer-In-Mission promoter of the Evangelical Methodist Church of Argentina, based in Buenos Aires. He was commissioned in October 2015.

The Argentine church has 100 congregations spread across the country. Doug is pastor of the Mendoza and San Juan churches, chaplain at Alberto Schweitzer School, and assists with the hosting of VIM teams, mostly from the United States.

Doug, who was born in Virginia, is an elder of the Iowa Annual Conference and immediately prior to his missionary service was lead pastor of the Coralville United Methodist Church and an adjunct professor at Kirkwood Community College, Iowa City, Iowa. Earlier, he pastored churches in the Iowa and Tennessee Annual Conferences. He holds a Bachelor of Arts degree from William Jewell College, Liberty, Missouri, and a Master of Divinity degree from Midwestern Baptist Theological Seminary, Kansas City, Missouri, and a Doctor of Ministry degree from University of Dubuque Theological Seminary, Dubuque, Iowa.

“I grew up loving Jesus but not going to church much,” Doug recalls, but he attended enough to be baptized at age 16 in a Baptist congregation. He experienced a call to ministry while on a mission trip to Haiti during his college years and enrolled in seminary after college graduation. He transitioned to The United Methodist Church and served as a pastor for 21 years. He says that the faith communities he has served have been concerned with innovative ministries, including a coffee house, ecumenical food pantry, and a preschool.

Mission trips—both as participant and organizer—have played major roles in his ministry, including service in Mexico, Guatemala, Haiti, Native American reservations, and tornado and hurricane cleanup in the United States. A major rebuilding project at the Coralville church made it impossible for him to take part in mission trips for a number of years. God implanted in him a call to mission during that period.

“In that absence,” he says, “I recognized that God was growing a deep longing to serve outside of the country….God seemed to be saying, ‘Now is the time.’”

On the challenge of mission, he states: “Our world is becoming a global community and God wells up in me the desire to be part of seeing God’s peace expand and renewal take place. There are so many challenges that face us and time and time again God reveals in every challenge an opportunity for growth and healing.”