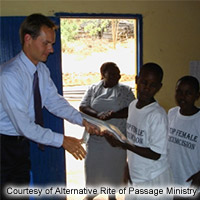 African traditional societies in many countries had their own traditions, customs, beliefs, and values that were practiced, and by disputing them was believed to carry a curse. However, in modern society, people have come to realize that traditions has change within time and some bad practices should be discarded. One of those harmful traditional practices that is affecting negatively, is the physical and the psychological well-being of young women and small girls is the female genital mutilation (FGM). For centuries, women have been socialized to believe that they are not whole without the cut. They are also made to believe that if they are not mutilated (circumcised) they would give birth to dead children or they would not get husbands to marry them, something that was highly valued by the Africans. Uncircumcised girls have undergone a lot of stereotyping and their parents are not given many cattle and goats as dowry as compared to those given for the circumcised ones. Simply because they were not whole women. On the other hand, some circumcised girls lose a lot of blood, others die due to excessive bleeding. Many of them leave school to undergo the rite of passage, after they are considered whole and mature for marriage no matter how young they may be. Others go through untold pain leading to psychological torture, low self-esteem and much more. When girls used to be circumcised in the African tradition, values were taught to them and held firmly, but not anymore. Currently, girls and women are only mutilated, no teaching is done, so the meaning of circumcision has been lost.

The girls participate in long session about sex education, self-confidence and human rights which promotes the girls’ feelings of self-worth in view of their lower status compared to those circumcised. In addition, girls are encouraged to continue with school and the elders, mothers and fathers, to invest in the girls. The alternative ceremony not only eliminates circumcision, but supports further schooling and delayed marriage. Together with the communities and with respect for all parties, alternative right of passage project has succeeded in finding a way to make it a tradition and the progress join hands.They are now celebrating the rite of passage from girls to women without bloodshed. The project brings girls together to talk about their bodies and their rights. The project realized early, to a make real progress there is a need to speak with elders as well. It took some time to break down the barriers, but eventually, with persistence, the project was accepted and they now have many communities that works together with the project. Also they have formed a well-organized community that solves problems on its own, and as much as possible, in a way that everyone can agree with.”

Promoting Eradication of FGM through Alternative Rite of Passage.

The project seeks to see girls who do not pass through the female genital mutilation and are not married at their tender age and they are able to pursue their studies as far as they can to be able to live a happy life. The project also seeks to see happy young women who do not pass through the FGM and also who are not beaten by their husbands. The project involves educating the girls and the young women their writes and among other things that will make them understand their bodies and respect themselves.