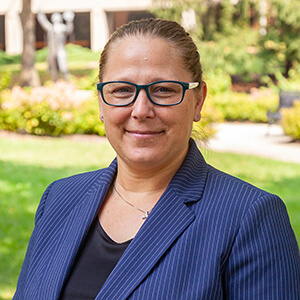 Serving At: English-Speaking United Methodist Church of Prague
Home Country: United States of America
WAYS TO REACH ME:
Email Me

The Rev. Nicole Haack Sims is a United Methodist missionary with the General Board of Global Ministries, serving as the pastor of the English-Speaking United Methodist Church of Prague, part of the Czech and Slovak Republics Annual Conference.

Ordained an elder in 2001, Nicole is a member of the North Georgia Annual Conference. She earned a Bachelor of Arts degree in Christian education from Northwestern College, Orange City, Iowa (1995), and a Master of Divinity from Asbury Theological Seminary, Wilmore, Kentucky (1999). She most recently was director of community formation at Asbury Seminary. Prior to that, she was a missionary with TMS Global, serving in Ghana, the United Kingdom, Germany and the U.S., and the pastor of Hamburg International UMC in Germany.

“My faith journey,” Nicole said, “can be summed up in 1 John 4:9. Before we loved God, God loved us and sent his son, Jesus. My faith journey is a response to God’s initiating love and grace toward me. What forgiveness and joy filled my heart as I responded to God’s invitation as a child! Since then, I have learned firsthand ‘in God’s presence, there is fullness of joy.’ (Psalm 16:11)

“As a follower of Jesus Christ, I get to join with God’s heart for all the peoples of the earth. My heart is stirred to action by God’s future vision in Revelation 7:9 – a worship gathering of people ‘from every nation, tribe, peoples and languages gathering around the throne and before the Lamb.’”

Prague is an international city, whose community of English-speaking people has been very large for more than 30 years. The English-Speaking United Methodist Church of Prague was established in 2012 in partnership with a district in east Tennessee. This ministry reaches out to the new international community in the city.

The capital of Czech Republic, Prague is a metropolis with over 1.3 million people. The city draws many people from other countries for business, education and other purposes. As a result, an estimated 230,000 foreigners reside in Prague. That number is rising by about 20,000 every year. For about half of them, English is their primary language.

As a connectional church, The UMC in the Czech Republic sees a great missional opportunity to offer an English-speaking ministry, reaching people in different social strata with the gospel. This vision led the Czech UMC to establish the English-speaking United Methodist community 10 years ago.

Since then, several guest and missionary pastors have led the ministry. Although it has grown to a community of approximately 50 people, the COVID−19 pandemic had a strong negative impact, and a new initiative with long-term commitment is needed. The church building is located in the center of the city, easily accessible by public transportation. ESUMC shares the facility with Methodist Seminary´s student dormitory.