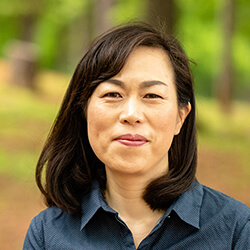 The Mongolia Mission is one of several recent mission initiatives of the church. It was launched in 2002 with a hospice ministry and has grown steadily. In 2016, a new Kairos Mission Community Center was opened to serve educational and social ministries.

Born in South Korea, Chun Cho is a citizen of the United States. She is a member of Grace Bethel Korean United Methodist Church, Leonia, New Jersey, in the Greater New Jersey Annual Conference. She attended the Fashion Institute of Technology in New York City as an interior design major. Chun previously worked in the area of finance for Hanjin Logistics, an international corporation.  When her husband was placed in Mongolia as a missionary, she became a program volunteer in the mission there.

Chun is from a strong Christian background, positively influenced by her parents and her pastor and his wife of her home church. “They were great role models who demonstrated God’s love to people,” she recalls. “I received Christ as my Savior when I was 17 years old and dedicated my life to God.”

A mission trip to Mexico stirred her desire to take part in global mission. “For me,” she says, “becoming a missionary is to faithfully devote myself to God’s calling, to fulfill his mission and demonstrate his love, to make disciples of Jesus Christ and to empower local leaders to serve God’s kingdom.”