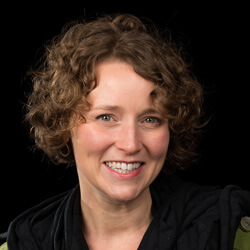 Serving At: Mission Advocate for the South Central Jurisdiction
Home Country: United States of America, North America
WAYS TO REACH ME:
Email Me

Elizabeth McCormick is a missionary with the General Board of Global Ministries of The United Methodist Church serving as Mission Advocates for South Central Jurisdiction. She was commissioned in May 2016. Her husband, David, is also a missionary. She previously served as a pharmacist at Chicuque Rural Hospital in Mozambique. She and her family currently reside in North Little Rock, Arkansas.

Elizabeth is from Shreveport, Louisiana, where she is a member of the Grace Community United Methodist Church in the Louisiana Annual Conference. She holds a Bachelor of Sciences degree in neuroscience from Centenary College, Shreveport, and a Doctor of Pharmacy degree from the University of Louisiana at Monroe. She became a certified geriatric pharmacist in 2016.

She has worked as an outpatient clinical pharmacist at Overton Brooks VA Medical Center and as a pharmacy manager for the Brookshire Grocery Company. Earlier, she was a pharmacist and intern with Walgreens.

Elizabeth is from a Christian family and says she has never “experienced life without some knowledge of the teachings of Christ.” Yet as she found her identity apart from that of her parents, she also learned to separate faith from the rest of life.

“It did not take long for me to discover that a life apart from Christ left me confused and empty. I may have chosen to ignore Christ, but Christ never forgot me. Thankfully, God took me from being a ‘good Christian’ to experiencing the fullness of life through Jesus. I am called to seek justice, love the outcasts, fed the hungry, and be in community with others…Once my faith journey was shifted from duty, I began to see opportunities to live like Christ all around me.”

The idea of serving in Africa as a missionary was actually placed in her mind as a child when a missionary serving there spoke in her church. Years later, the thought recurred when she became active in volunteer mission journeys.

After her marriage, she and David talked about leaving their comfortable lives to enter mission service, but it was not a choice embraced at that time. “Once we started a family, I thought God had taken that calling away, but after a second child I heard the calling stronger than ever.” Local church small-group studies removed any doubt. “God used those studies to set a fire in my bones for the mission field. It became a calling we could no longer ignore or rationalize our way out of.”