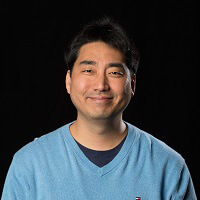 Chin Cho is a missionary with the General Board of Global Ministries serving as the coordinator of the United Methodist Mission in Mongolia, based in Ulaanbaatar. He was commissioned in June 2015.

The Mongolia Mission is one of several recent mission initiatives of the church. It was launched in 2002 with a hospice ministry and has grown steadily and in 2015 included seven congregations, two of which had more than 200 members each; two children’s ministry centers, a detention ministry, and health services. Many of the church members are highly educated young people.

As the country coordinator, Chin oversees the several aspects of ministry, working with local Mongolian United Methodist leaders and other missionaries. He engages in the training of indigenous clergy, who study at the Mongolia Trinity Bible College, where he teaches Wesleyan studies.

Chin is a citizen of the United States, born in Seoul, South Korea. His father, the Rev. Sung Cho, is a retired pastor in the Greater New Jersey Annual Conference and Chin is a local pastor appointed to extension ministry in that conference. He holds a Master of Divinity degree from Drew Theological Seminary, Madison, New Jersey. He also earned a Bachelor of Science degree from Rutgers University in New Brunswick. Chin is a member of Grace Korean United Methodist Church in Westwood, New Jersey.

While raised in a Christian home, Chin was 16 years of age when he experienced God in a personal way. “At a youth revival meeting, the speaker challenged students to recite John 3:16. I knew the verse well but that time it was different. John 3:16 came to me in a very new way: ‘God so loved ME….’ On that day, I experienced the love, peace, and joy of God in a deep and profound way.” In his mission, Chin seeks to introduce Christ to others. He is thankful for the Methodist missionaries who arrived in Korea in the late 19th century.

“God,” he says, “is calling all believers to share the message of hope and life with everyone, both near and far. It is my hope and desire to share God’s message of love with people who have less opportunity to hear about Jesus Christ.”

Chin and his wife Chun H. Cho have two children, Joseph and Hannah.