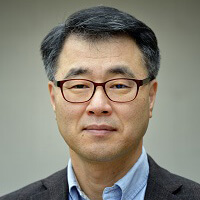 The Rev. Hyo-Won Park is a missionary with the General Board of Global Ministries serving as a new church planter in Eurasia. He was commissioned in June 2013.

Familiar with the area from time previously spent there, Rev. Park is working with local leadership in identifying opportunities for new congregations. Methodism returned to Eurasia, where it had existed prior to the Communist Revolution, with the dissolution of the Soviet Union almost 25 years ago. Likely constituents for new churches are the young people who come to the city looking for jobs and educational opportunities.

The district is part of The United Methodist Church in the Eurasia Episcopal Area. One of the area’s objectives is to start and develop congregations that can become self-sufficient within the United Methodist connectional system.

Hyo-Won Park is a clergy member of the Wisconsin Annual Conference. He is a native of Seoul, Korea, where he earned his degree in theology from Methodist Theological University in 1980. He served as a small church pastor and also as a military chaplain in a mountainous area in the DMZ (Demilitarized Zone) separating North and South Korea.

After being discharged from the military, he studied in Germany. From Germany, he went to Eurasia on behalf of the Korea Methodist Church and engaged in mission work. After five years, he was invited to take a pastoral charge in the Wisconsin Annual Conference in the United States. He also served as a pastor in San Francisco.

Hyo-Won grew up in a Christian home and felt an early call to mission, which he says has been expressed in all of his ministries. “During high school,” he says, “I met a very sincere Sunday school teacher who helped me devote myself to the church. It was the first turning point in my life.

Rev. Park married to the Rev. Mee Park who is also Missionary of the Korean Methodist Church. The couple has three grown sons.