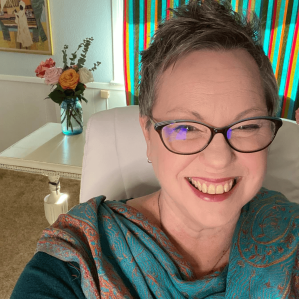 The Rev. Krista Suzanne is a United Methodist missionary with the General Board of Global Ministries, serving as pastor for international ministry with La Siesta Evangelical Church in Alicante, Spain.

This English-language church has offered a great opportunity for an evangelical presence in the Alicante area. The city of Torrevieja and nearby communities have a large English-speaking population due to migration, vacations and retirements. Having an English-speaking church is a way of sharing the gospel and accompanying people who now live in this area of the country. This church is like a cultural, social and spiritual bridge between the Spanish culture and the diverse cultures in this transitional process of migration.

Born in Pomona, California, Krista earned Doctor of Ministry and Master of Divinity degrees from Claremont School of Theology, Claremont, California, as well as a Bachelor of Arts from Scripps College, also in Claremont. She is an elder in the California-Pacific Annual Conference.

“Throughout my childhood and youth,” Krista said, “I was constantly aware of the presence of God. Even though I was not raised in the church, I felt a connection with Jesus Christ, a friend like no other; a friend who would save me innumerable times from innumerable hells; a friend who would teach me who I am and how I fit into the world.”

When she graduated from college in 1994, Krista searched for her purpose in the world. Four years later, God revealed it to her. “A dramatic experience with a fiery car accident showed me that I was meant to be in the middle of the chaos, offering help and healing to a hurting world,” she said.

She remembers the day vividly. “I was called in the summer of 1998,” Krista said, “not in a whisper, but with flames and fire, crashing glass and vehicles flying. During a visit with my parents in Sacramento, we witnessed a car accident: an ambulance, speeding to an emergency, and a pickup truck that had run a red light, collided in a busy intersection. The truck was airborne before I could even look up, and fire engulfed its underside. As the truck landed, passersby ran to escape the flying debris.

“As I watched the scene, strangers dropping everything to help others in need, I thought, ‘What can I do?’ I wanted to help. I wanted to comfort. I wanted to reach inside myself and grasp the wisdom to know the right words, the right touch to make this situation better for somebody, for anybody. I thought, ‘If I were a minister, I could help the family, the injured driver, the ambulance workers, the bystanders.’”

Later that week, Krista accompanied her mother to Wellspring, a center for underprivileged women and children. She found herself sitting on the floor, reading stories to some children, helping others with an art project, and having conversations with still more. “I was immediately needed: as a friend, a confidant, a teacher, and furthermore, I needed them,” she said.

Clearly, she realized, God was calling her.

“It was as if God gave me an ultimatum in this example of experiences. Either I would choose to live a life standing alone watching the horror, feeling my own selfish inadequacy, or I could sit among humanity, in the messiness and chaos of life, and do whatever I could to help. With God’s help, I have chosen the latter.”

Immediately following her graduation from CST, Krista served as associate pastor of Kailua UMC, Oahu, Hawaii. After three years, she was appointed as pastor of Westchester UMC, Los Angeles. After a formative trip with a conference delegation to visit churches in Nigeria, she applied to be a missionary with the General Board of Global Ministries and was appointed as pastor of an English-speaking church in Hamburg, Germany.

For five years, Krista served as a missionary, itinerating throughout southern California and Hawaii, encouraging churches to connect with Global Ministries missionaries. During this time, she was invited to visit a mission project in India and began fundraising efforts to support schools in rural India.

“In 2012,” she said, “I returned to the U.S. and spent four years serving as the pastor at Kona UMC, Hawaii, and working to develop my India project into a nonprofit organization. In 2015, Friends of Padhar Schools was born, and currently I serve as the executive director, working to support education for children in rural India.”

In January 2017, Krista began her ministry with Walnut UMC in California, building and growing the church community and developing its programs to address the needs of the church and the world. “In March 2020, after the COVID-19 shutdown,” she said, “all ministry transitioned to the virtual space: committee meetings, Bible study and fellowship activities on Zoom, worship recorded and posted to YouTube, and weekly prayer sessions on Facebook Live.

“I was responsible for all technical aspects of our ministry, and, for a year, the responsibilities of carrying the church were overwhelming. I began to hear the call to global mission work once again. I am called to international church work – bringing people together despite cultural, gender and faith differences to worship our great God, and in doing so, modeling the kingdom of God on earth.”