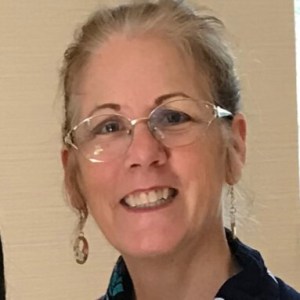 The Rev. Claudia Genung –Yamamoto is a missionary with the General Board of Global Ministries of The United Methodist Church serving as Lead Pastor of Kobe Union Church in Kobe, Japan.

Rev. Claudia has been a missionary for 27 years. She became a GBGM missionary associate in 1980-82 and worked in the Bott Memorial Children’s Home in Machida, Tokyo, Japan.

Later she and her husband, Toshi returned as missionaries in 1993 to work at the National Christian Council of Japan in Tokyo (NCC-J) primarily with peace, justice, human rights and other Christian related social issues. Later they were called to Kobe, Japan, and she worked with the Kagawa Center Kobe Jesus Band Church and Tengokuya (Heaven’s) Café for almost eight years working with community outreach and church development. In 2019, she was called to be a pastor at Kobe Union Church, where she would be primarily involved with community outreach and church development.

“As a pastor, I do pastoral care, preaching, designing worship services (now on-line), counseling, Bible studies (on-line), prayer meetings (on-line), children’s ministry ( on-line), ministering with women, homeless ministry with other churches and networking with the local community” she says, “Kobe Union Church also has mission partners such as Asian Rural Institute and Kagawa Center’s Tengokuya Café. My gifts are in networking and connecting – I connect people to people, people to resources, and people to God. I praise God that there are many others who work with me in ministry. I am also thankful for those of you who support me with your prayers. These past months have been filled with adapting and trying out new ways to reach and care for our congregation and community. Since COVID-19 we have had many people in need. We started a Care Ministry to bring food to those who have lost their jobs or who are on social welfare. People in our community who are non-Christians have been generous in donating to our church for those who need food assistance. We also receive food from Kansai Food Bank and jointly share with people in need at the Kagawa Center. A new paradigm has emerged out of this crisis and we have found alternative ways to do church and reach out to others.”

Rev Claudia often cites her favorite scripture when discussing her work as a missionary, Romans 15:13 – “May the God of hope fill you with all joy and peace as you trust in God, so that you may overflow with hope by the power of the Holy Spirit.”

Her husband, Rev. Toshi Yamamoto is a Global Ministries Volunteer in Mission and former General Secretary of NCC-J as well as a former Global Ministries missionary. Toshi retired in March 2020 as the Dean of Chaplains and professor at Kwansei Gakuin University. He has authored books in Japanese and written articles on ecumenism and peace in Northeast Asia. The two have two adult children living in the United States.