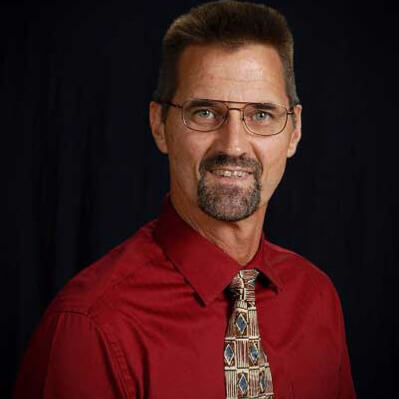 James (Jim) Keech is a missionary with the General Board of Global Ministries of The United Methodist Church serving as a Mission Advocate with his wife, Bernice Keech. They are assigned to the Southeastern Jurisdiction.

Jim and Bernice have been in aviation ministry since 1989, first in Nigeria (from 1989 to 2002) and then in Central Asia. Jim was in the U.S. Air Force from 1977 to 1981, and in 1983 received a Bachelor of Science degree in aviation technology from Moody Aviation, a part of Moody Bible Institute, then in Tennessee.

The son of a pastor, Jim says that St. Francis of Assisi ’s advice, “preach the gospel daily, use words if necessary,” was instilled in him at an early age. “I saw Christ lived out daily by my parents in their commitment to serve others, both inside the church and outside, and to serve each other.

“While attending church camp at the age of 10, I had the unshakable certainty that I could not live without God. Although, as a 10-year-old, I didn’t know what that looked like, I knew that Christ died for me and I had to live for him.

“When I was 19,” he continued, “while in the Air Force, I met my wife, Bernice, who showed me that life lived for Christ is full of joy, even when it’s not easy. As part of our wedding ceremony, we dedicated our life together to full-time Christian service.”

Jim says that his first awareness of missionaries came at age 5 when a missionary from “Africa” spoke at his church. He remembers thinking he could live in Africa someday.

At Moody, an opportunity opened to serve with The United Methodist Church in Nigeria. As he and Bernice were cleaning the house where they would live in Africa, he saw the name “Roger Burtner” painted on a mattress. That was the missionary he had met when he was a child!

As Mission Advocates, Bernice and Jim work with congregations, districts and conferences to help develop mission leadership, challenge greater commitment to mission and nurture relationships that include prayer, communication and financial support. They represent a human face, a physical presence and a voice that speaks to Global Ministries’ commitment to be in mission to everyone everywhere.

Jim’s church membership is in the Valley Forge United Methodist Church in Elizabethton, Tennessee, a part of the Holston Annual Conference.

Jim and Bernice have two children, Micah and Sarah.