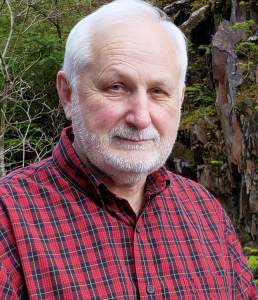 Serving At: Mission Advocates in the Western Jurisdiction
Home Country: United States of America, North America
WAYS TO REACH ME:
Email Me

This missionary has completed service. The Advance number will remain active until December 31, 2021.

Rev. Walter (Teri) Erbele, an elder of the Oregon-Idaho Annual Conference, is a missionary with the Board of Global Ministries. He and his wife, Evelyn Erbele, are serving as Mission Advocates in the Western Jurisdiction of the United Methodist Church.

Mission Advocates are active missionaries assigned to help annual conferences, districts, and local churches in the United States to understand and participate in global mission. Their work has a particular focus on mission personnel, including support of missionaries through the Advance.

During the previous 29 years, Teri, accepted a variety of assignments on three continents. From 2008 to 2018 he was sent to be pastor of First United Methodist in Ketchikan, Alaska. Along with assuming several positions within the Alaska conference, he provided pulpit supply in Homer and Unalaska. He also was sent twice to Haiti to help with the financial management during earthquake relief efforts.

Prior to going to Alaska, Teri and Evelyn were sent to Nigeria (1989-1995) where he held the title of Area Financial Executive serving as the treasurer for Advance Special projects and consultant to the bishop. Their next missionary assignment was to Moscow, Russia (1996-2007) where he again served as the Area Financial Executive. He had the joy of watching the number of United Methodist Churches in post-communist Eurasia grow until there were 4 annual conferences.

While still working in Russia, Teri was asked to add Lithuania and Latvia (1999-2007) to his portfolio, again managing the finances. His last two years in Europe he served a District Superintend of the Lithuania United Methodist Church (2005-2007).

Jesus began his ministry by quoting Isaiah, “The Spirit of the Lord is upon me, because he has anointed me to announce good news to the poor. He has sent me to proclaim release to the captives and recovery of sight to the blind, to let the oppressed go free, to proclaim the year of the Lord’s favor.” (Luke 4:18-19) Teri rejoices that as a missionary and a preacher of the Good News that he can participate in this continued ministry of Jesus who promised to be with us always and everywhere in the world.