Where goes our neighborhood?

Where goes our neighborhood?

Missionary Julie Wilson tracks the progress of gentrification in her Winston-Salem neighborhood by looking out the front door. The community members Open Arms serves are increasingly losing their rental homes to people who can purchase and rebuild them.

The Rev. Julie Wilson, a Church and Community Worker with Open Arms Community in Winston-Salem, North Carolina, discovered she could witness the rapid change in her neighborhood by looking out of the center’s front door.

The neighborhood around Open Arms Community is changing – quickly. This neighborhood, called Sunnyside, and Waughtown, the one next door, are the communities Open Arms serves.

Apartment buildings nearby have recently been sold. Some will be fixed up and rented at a higher rate, while others will be remodeled and sold again as single-family homes at a much higher price. Sunnyside is undergoing gentrification. The tight housing market has driven up prices and made Sunnyside attractive again to prospective buyers. While the neighborhood undergoes what seems like a positive transformation, the improvements do not benefit everyone.

The community that Open Arms serves is not the community buying and remodeling the houses. It serves the families being forced out.

“It’s not good news for us, considering the goal of our ministry is to ‘mitigate the effects of poverty, low educational achievement, addiction, and socio-economic and racial prejudice… in the Waughtown neighborhood,’” Wilson reflected in a recent blog. “It’s hard to do that when the people who fall into some of the groups we want to reach are literally being forced out of the area we serve.”

When Open Arms Community first opened in 2000, it was reaching out to an African American community within a few blocks of the center. As the years progressed, Open Arms has had to extend its reach farther out from its home base. The Open Arms van is now vitally important as children, youth, and sometimes even whole families need to be transported to the center.

Since 2000, a growing number of Hispanic and Latino immigrants has again changed the demographics, with about 40% Hispanic, 40% African American and 20% white families. Most of Open Arms’ clients and participants are families who have migrated to the U.S. from Mexico.

Behind the scenes, Wilson has been working with the Open Arms Board of Directors, other nonprofits, faith communities and service organizations to meet the needs of some of the people falling through the cracks. She’s been talking to a Moravian ministry two blocks away.

“We know renters who would love to buy a home, but many of the families we both work with involve mixed status,” said Wilson. Mixed status means some family members may have green cards, others may be citizens born in the U.S., while others may be undocumented. They don’t have what’s necessary to qualify for a mortgage.

“We’ve partnered together to try to do some problem-solving and realized that the problem is bigger than the two of us can tackle. You have to find lenders who are willing to work outside of the current system – we haven’t found any. One more barrier these families have to face,” Wilson explained.

Open Arms has joined with a few more community partners to create the Latino Caucus Mutual Aid. With the pandemic and the housing shortage, before some families can even contemplate a mortgage, they must pay a backlog of mounting bills. The loss of a family member or a job, a family crisis or an extended illness can make this even more difficult. No one social service agency works with undocumented or mixed status families to meet their needs. Through Latino Caucus Mutual Aid, Open Arms has become a conduit to funnel aid for one family at a time. Though the effort is like a drop in a bucket, accompaniment by a trusted agency can also mean the world to a family in danger of losing its stability.

Mixing up a scoop of culture

Programming for children and youth, especially before and after school programs, summer activities and, during the pandemic school closures, help for kids falling behind with remote learning, are still foundational for the Open Arms Community center. Youth group and children’s program are open again, but unfortunately, some of the volunteers have not returned. Volunteers are vital to Open Arm’s programming.

Even so, the youth group has been especially creative this summer.

In mid-July every year, people gather for an unusual event in Winston-Salem known as “the Big Chill,” a fundraiser for the Shalom Project of Winston-Salem and a few other nonprofits.

A main feature of the event is “Cold Calling,” in which local celebrities, social activists and nonprofit leaders yell at passers-by and call people on the phone to ask them to donate money to the Shalom Project – while the callers sit on huge blocks of ice. The sooner they raise the money, the sooner they can get off the ice.

“Everyone makes their own flavors of ice cream, various nonprofits and churches, and then you hand out samples,” Wilson explained. “Then tasters vote for their favorite flavor by donating money at the booth.”

The youth chose to make mango flavor and then wanted to spice it up with chili. “We expected that wouldn’t go over so well with this crowd, so we made less of the mango chili flavor and more of the plain mango, but everyone loved the mango chili! And the kids had so much fun,” said Wilson.

Even though they didn’t win the contest this year, all was well. After the contest, they made up another batch of “Mango con Chili” sorbet and then ate it. Learn new things and apply them to life immediately – always a good way to teach and learn from teens.

“The neighborhood is changing,” Wilson said, “but we’re still here. We may change our approach, but our arms will still be open, and we will still welcome those in need.”

As a Church and Community Worker, the Rev. Julie Wilson can be supported through the Advance, #3022608. 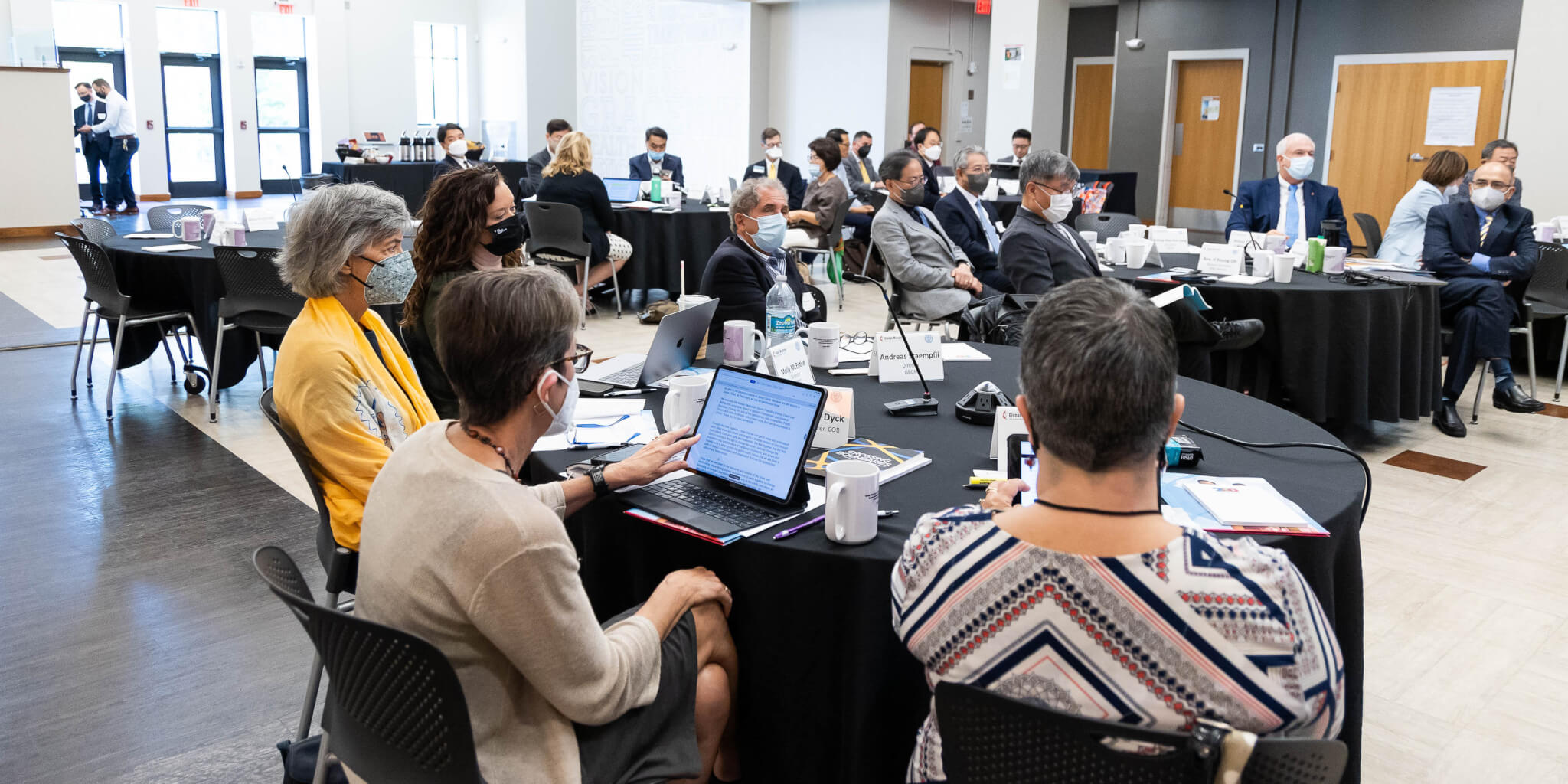 Yvonne Njoroge 0
The Pacific Islander Ministry Plan Advisory Committee met, under the banner of By Faith...Let Us Run with ...